Jackie Shroff reacts to rumours that Tiger Shroff and Disha Patani have split up. 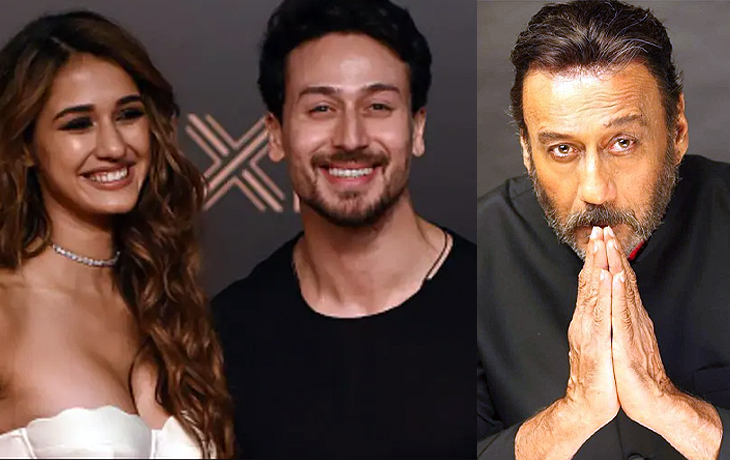 Disha Patani and Tiger Shroff’s alleged breakup recently made news, worrying fans of the rumoured couple. Tiger and Disha constantly promote one another on social media and are frequently seen together in public. Jackie Shroff recently opened up about Disha and Tiger’s relationship to a publication amid rumours of their breakup. The senior actor said he had seen them together and didn’t speak about his son’s private life.

Jackie Shroff discussed the rumours of Tiger and Disha’s breakup in discussion with Bombay Times. They are pals, according to the actor, who claims to have seen them going out together. He clarified, though, that he doesn’t supervise Tiger’s life. He stated, “hey (Tiger and Disha) have always been friends and are still friends. I have seen them go out together. Not that I keep track of my son’s love life (laughs). That’s the last thing I want to do, like infringe into their privacy. But I feel that they are thick buddies. They spend time with each other besides work.”

Jackie Shroff said that Tiger and Disha decide how they spend their lives. But he went on to say that he and his wife, Ayesha Shroff, had a close relationship with Disha. He stated, “See, it is up to them whether they are together or not, whether they are compatible (with each other) or not. It is their love story, like me and my wife (Ayesha) have our love story.”

According to a recent Hindustan Times article, Tiger and Disha have broken up after six years of dating. The couple’s breakup was confirmed by a close friend, who was quoted in the newspaper as a source. According to the insider, Tiger is concentrating on his work and isn’t talking much about the breakup. According to the story, Disha and Tiger had a year-long on-and-off relationship that resulted in their claimed split.

Disha and Tiger’s fans have been concerned about them even though they haven’t replied to the rumours of their breakup.

Tiger will next be seen in Ganapath with Kriti Sanon, while Disha will be spotted in Ek Villain Returns with Arjun Kapoor, Tara Sutaria, and John Abraham. Along with Akshay Kumar, Tiger has Bade Miyan Chote Miyan. Recently, Shashank Khaitan and Tiger revealed their movie, Screw Dheela.

The story of The Legend centres on how an ordinary man becomes a legend.

Never Have I Ever season 3 trailer has left everyone with questions about Devi, Paxton, Ben and mysterious guy