“I’m not gay, but Bruce Lee was the only guy I wanted to kiss,” says Ram Gopal Varma 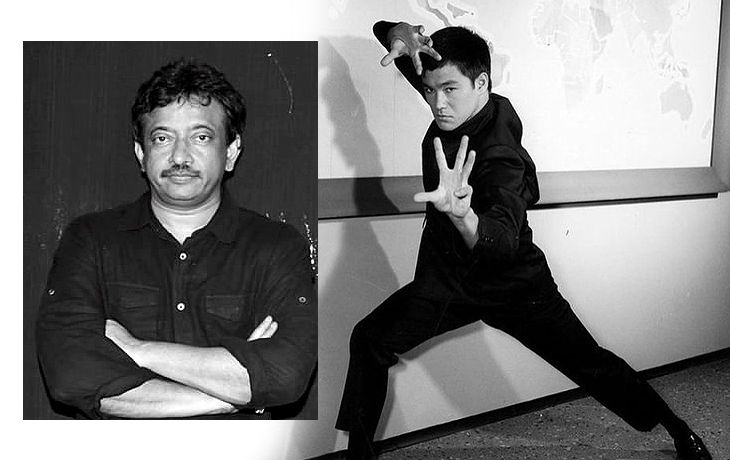 Ram Gopal Varma is among the most controversial figures in the movie business. He has worked in various movie industries and directed some of the most famous movies in Indian cinema, including Sarkar, Shiva, Satya, Bhoot, Rangeela, and others. He is getting ready for the release of his upcoming film, Ladki: Enter The Girl Dragon, which stars Pooja Bhalekar, a young martial artist turned actress. In a recent interview, Ram Gopal Varma discussed his love and respect for the late actor and mixed-martial artist Bruce Lee.

Ram Gopal Varma spoke strongly about Bruce Lee in a Firstpost interview. He stated that he would kiss him only for being alive. The Satya filmmaker reportedly fell head over heels for Bruce Lee’s style, screen presence, and eyes. RGV expressed his appreciation for Bruce Lee and added, “There is something remarkably different about Brue Lee which can’t be just his speed, it can’t be just his power.

I don’t believe there is more than a 10-15 per cent difference in the punching power. It is his personality; it is his screen presence; it is his eyes. He understands the power of his stay. He will give the audience the time to react to his punch. He makes them relish it.”

The controversial director discussed how Bruce Lee’s 1973 movie Enter The Dragon gave him the idea to develop a martial arts movie. Bruce Lee’s Enter the Dragon also served as a significant inspiration for the title of his film.

The current focus of the director is on Ladki: Enter The Girl Dragon, which will be released on July 15, 2022. The movie competes with Rajkummar Rao and Sanya Malhotra’s Hit: The First Case, a remake of the Telugu thriller of the same name, and Taapsee Pannu-starring Shabaash Mithu, a biopic of great Indian cricketer Mithali Raj. He is also discussing a horror movie with Amitabh Bachchan. Amitabh Bachchan recently tweeted about “Ladki: Enter The Girl Dragon on his Twitter account.”

“Work With Sincerity; My Father Taught Me That,” Says Adhyayan Suman