“I can be naked in front of a thousand people… It’s just that they get uncomfortable,” says Ranveer Singh 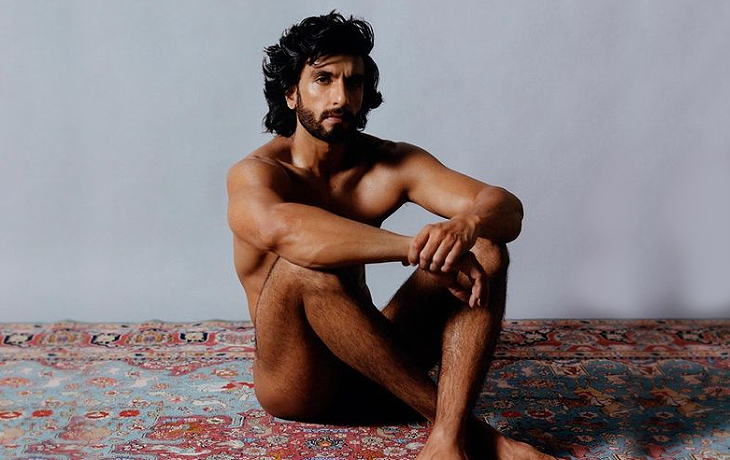 Ranveer Singh recently posed nude for Paper magazine. Both praise and outrage erupted on social media, but primarily the latter. Countless memes and jokes were mocking the images, and many claimed the actor was demeaning to men. If that wasn’t enough, he was the subject of a police report for “hurting the sentiments of women.”

Singh is not your typical masculine celebrity. He has a bubbly fashion sense, including velvet slacks, sequin turtlenecks, and jewellery, that Vogue magazine describes as a “positive nod to the non-binary fluidity that fashion today is embracing”.

The actor took off every layer in his New York City-based publication interview. Ranveer opened out about the traits that made him the man he is, including his outrageous fashion choices. Emphasising this, the actor said,” I work f****** hard. I want to wear nice shit…I will f****** buy Gucci, and I will wear it from head to toe. Anybody who judges me can eat my f****** ass.” Well, that’s the attitude we hope to imbibe one day.

The actor opened up about nakedness and said, “I can be naked in front of a thousand people… It’s just that they get uncomfortable.” He also mentioned exposing himself entirely on the big screen for performances that would give the audience a more expansive and clear view of his soul. It was interesting to hear the actor discuss his purposeful decision to keep his private and professional lives separate. Ranveer addressed the concept of owning a secluded location by using spaces that aren’t as open to the public as he is.