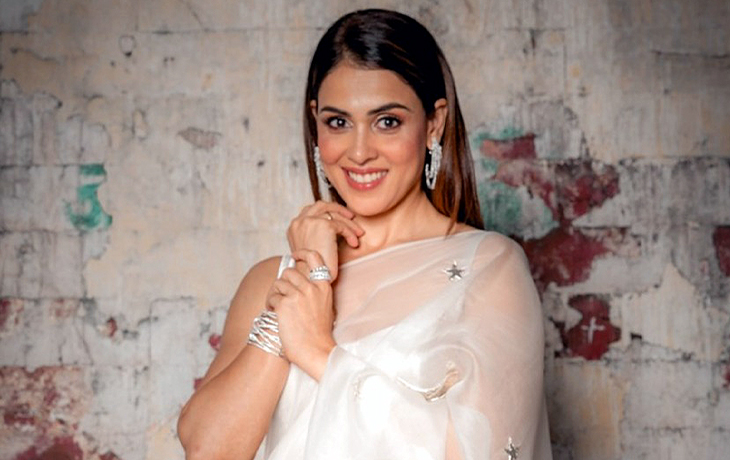 With Ved, Genelia Deshmukh makes a triumphant return. Her stunning performance and Marathi girl look won us over. One of Genelia’s best performances to date, she garnered a lot of praise from her followers and admirers and is currently taking the internet by storm. Although Genelia’s relationship with Riteish may be the film’s high point, Marathi marks her sixth language to date and her debut in the Marathi film industry. She has received cheers and adoration from the crowd in all of the movies she has appeared in, regardless of the language.

The portrayal of Shravani by Genelia Deshmukh in the movie is captivating. She makes a darling doting wife, and her facial expressions are perfect. The actress pulls off every single shot and gives every frame her all, winning accolades from both reviewers and viewers alike, mainly since viewers are used to seeing her in upbeat roles. Thus this is an entirely different role that is unexpected.

In a tweet regarding Genelia’s homecoming performance, renowned film critic Bhavana Somaya wrote: “Most actors are nervous when they face the camera after a long sabbatical, but it is smooth and natural. She is aware of how much the camera adores her. When Genelia is absent from the screen, you miss her. Rohit Khilnani deems the film a must-watch, saying, “It’s a family entertainer. Genelia, who makes a comeback, is a DREAM to watch. The camera loves her, and she is such a natural.!”

Genelia delivers a heartfelt and poignant performance that has The moment she enters the frame. The setting becomes more vibrant. She flawlessly portrays her role and captivates you with her irresistible personality, earning accolades from the biggest names in the business and capturing the interest of social media platforms. With her acting, this Marathi Vahini keeps us mesmerised and enthralled and never lets a moment pass unnoticed.