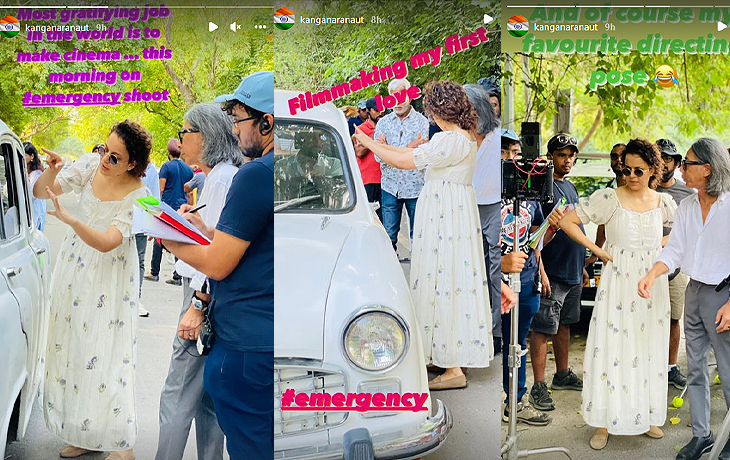 As she prepares for her second acting-directing project, Emergency, actor and director Kangana Ranaut posts updates on her social media accounts. Making movies is her first love.

Kangana Ranaut is back on the Emergency set after fully recovering from her dengue ailment. She used social media to post several articles that gave a glimpse into her directorial work.

She threw a series of pictures from the “Emergency” sets. She can be seen in the first image describing a specific scene to her crew.

“Most gratifying job in the world is to make cinema…this morning on an Emergency shoot,” she captioned the post.

“And, of course, my favourite directing pose,” Kangana wrote alongside the image. She captioned the third image as,” filmmaking my first love.”

The political drama, which stars Kangana in the title role as the late politician, is based on the life of former Prime Minister Indira Gandhi.

Actress Kangana Ranaut will play an Indian Air Force fighter in Tejas by Sarvesh Mewara and the Hindu goddess Sita in The Incarnation: Sita by Alaukik Desai after Emergency.