Popular
“Aditya Dhar, You’re The Biggest Blessing In Life,”...
Ajay Devgn And Varun Dhawan Praise Each Other...
Dhanush And Sekhar Kammula Collaborating For A Trilingual...
Exclusive Interview: Ravindra Parekh, a Writer, Poet and...
Tiger 3: Salmaan Khan to reunite with actress...
Tahira Kashyap States that she borrowed money from...
Kartik Aaryan Is Spooky In Freddy’s New Teaser
Mahesh Babu Pens A Heartfelt Note For His...
Ranbir and Alia disclose the name of their...
Anand L Rai on Akshay Kumar’s Raksha Bandhan’s...
Home Bollywood news Farhan Akhtar and Shibani Dandekar discuss difficult dates and how they get along despite their different polar personalities.
Bollywood news 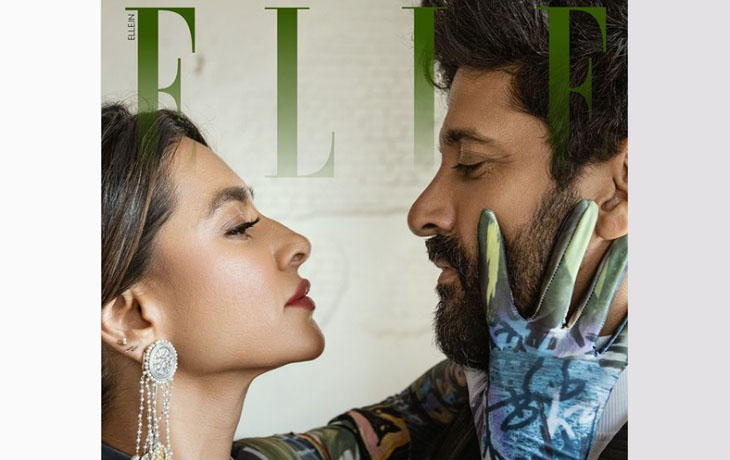 Farhan Akhtar and Shibani Dandekar, who recently married, have us fascinated by their lovely wedding images on social media. The beginning of their friendship, however, was far from idyllic. In a recent interview with Elle, the pair talked about how they initially met and why they took so long to get married.

For the uninitiated, Shibani and Farhan met on the set of a reality programme and stayed in touch via social media after that. “Yeah, he just slipped into my DMs,” Shibani revealed, adding that the actor asked ger out for coffee. “For me, this was a bit strange because we hadn’t formed any friendship to even go out for a coffee. But then I thought, why not. He seemed like a nice guy when we met on the show. So, we went out for a coffee, and it was probably the most awkward date I’ve ever had! We met at a restaurant in Bandra at 10:30 am for breakfast. I didn’t know what to make out of this…was it really a date? Or not? Like who asks someone out in the morning? But nevertheless, we go, we have coffee, and there’s just pin drop silence throughout the breakfast,” Shibani said to the magazine.

“But guess what, we watched the movie and ate the dinner in silence (again). It’s not as if we didn’t talk at all but there was something missing. The whole evening didn’t seem easy, organic or free- flowing. I eventually left from his house thinking he’s a nice guy and I did the right thing by giving it a shot again but I don’t think this is working and it’s time to say bye-bye,” she further added.

Commenting on their awkward start, Farhan said, “The thing is when you meet someone for the first time, you carry an image of that person and its only over time that the real self is revealed and one goes beyond the first assumptions. So, while it took time and the start was probably slow, we found our common ground soon.”

Priyanka Chopra and Sam Heughan’s “It’s All Coming Back to Me” will come up in the theatre on this date.