Popular
“Aditya Dhar, You’re The Biggest Blessing In Life,”...
Ajay Devgn And Varun Dhawan Praise Each Other...
Dhanush And Sekhar Kammula Collaborating For A Trilingual...
Exclusive Interview: Ravindra Parekh, a Writer, Poet and...
Tiger 3: Salmaan Khan to reunite with actress...
Tahira Kashyap States that she borrowed money from...
Kartik Aaryan Is Spooky In Freddy’s New Teaser
Mahesh Babu Pens A Heartfelt Note For His...
Ranbir and Alia disclose the name of their...
Anand L Rai on Akshay Kumar’s Raksha Bandhan’s...
Home Hollywood Chris Evans, Sexiest Man Alive 2022, says, “He absolutely wants to get married and have children”
Hollywood 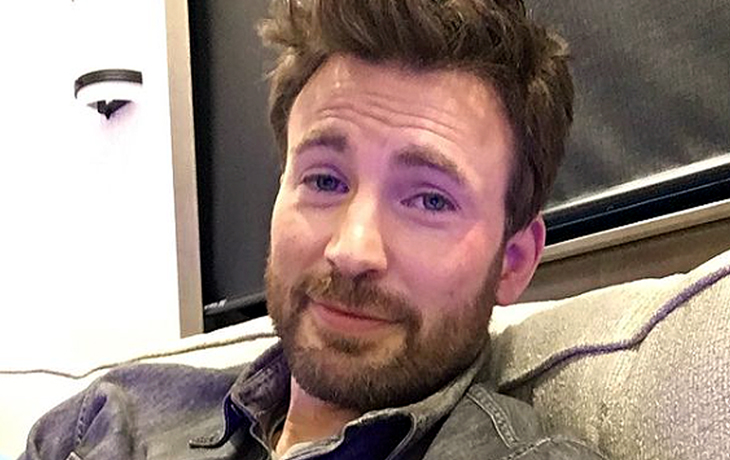 Let’s face it! We’re still not over Chris Evans winning People’s Sexiest Man Alive 2022 while also thinking about what took so long. However, the excellent news quickly spread as the handsome man provided a fun interview to the magazine, gushing about how his mom would be “so happy” over her son’s new position.

During the interview, Chris Evans talked about his Hollywood career, which has lasted for more than two decades and isn’t showing any signs of slowing down. Evans, however, disclosed that he is also thinking about his future much more, including marriage and fatherhood, outside of acting, “That’s absolutely something I want.” Alas, don’t expect the 41-year-old actor to talk much about that when it happens: “Some things you want just for you, or just for my family and my friends.”

Chris Evans also opened up about his desire to ease down after 22 years in the Hollywood industry, “The most enjoyable aspect of my career right now is feeling secure enough to take my foot off the gas. I feel like I have a bit more freedom to take time away from the industry and still find projects that will satisfy my creative appetite when I return.”

The Gray Man actor, however, has many new projects in the works, so he has no plans to slow down. Chris Evans and Dwayne Johnson, aka The Rock, are presently filming Jake Kasdan’s Red One. The action-adventure Christmas film is scheduled to be released in 2023 during the holidays. Alongside Knives Out co-star Ana de Armas, Chris will also be seen in Dexter Fletcher’s romance action-adventure movie Ghosted. Additionally, there is David Yates’ conspiracy drama film Pain Hustlers, in which Evans co-stars with Emily Blunt. The summary of Pain Hustlers states, “High school dropout Liza Drake [Emily Blunt] lands a job with a failing pharmaceutical start-up in a yellowing strip mall in Central Florida, where she soon finds herself at the centre of a criminal conspiracy with deadly consequences.”

At the funeral of the Queen, Prince William...