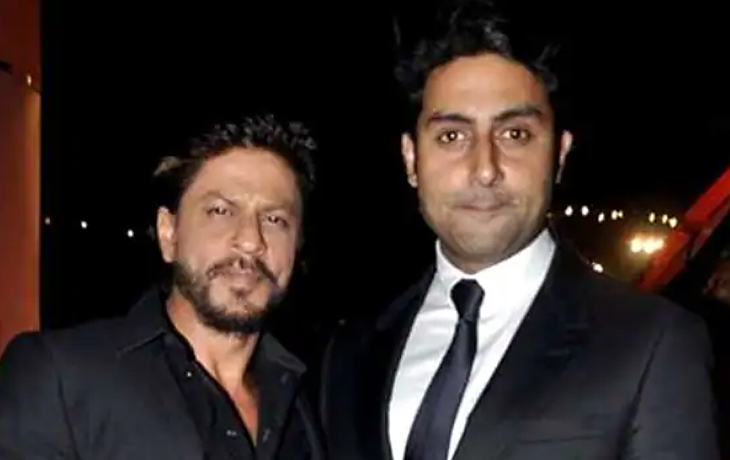 Shah Rukh Khan and Abhishek Bachchan have been close pals for a long time. The two actors have appeared in films such as Kabhi Alvida Naa Kehna and Happy New Year (2014), directed by Farah Khan. The movie also featured Sonu Sood, Deepika Padukone, Boman Irani, Jackie Shroff and Vivaan Shah and was a tremendous smash at the movie office. In a recent interview, Abhishek revealed career advice he got from Shah Rukh Khan.

ANI questioned Abhishek if he was looking forward to any new unique roles or characters he wanted to play. He replied that he is terrible at this and just thinks about what he is doing now, not what he can achieve. He continued by saying that Shah Rukh Khan gave him the most precise explanation of this concept in the initial years of his career.

Abhishek claimed that during one of their conversations, he posed the same query, saying, ‘You’ve done amazing work. Which one is your favourite, and what all roles would you like to do.’ In response to the same, Shah Rukh said, ‘Whatever work and roles I’m doing right now! Always remember you’re an actor. Ask yourself and introspect, if whatever you are doing right now is not your favourite, then why are you even doing it? Don’t focus on what is going to happen in future. Just focus on your present and give your 100% to it.”

While on the Work front, Abhishek’s current project is the R Balki movie Ghoomer, which stars Saiyami Kher in the lead role. In addition, the Dhoom actor is back with Breathe: Into The Shadows’ second season.