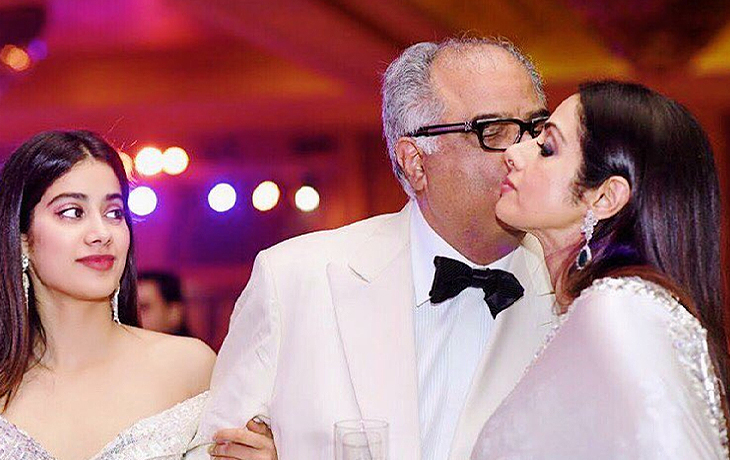 Janhvi Kapoor is one of the most adored actresses in the Bollywood industry. Everything about her, whether it be her looks, sense of fashion, or acting ability, is admired by her fans. She has become Bollywood’s most bankable actor and has often shown versatility in the roles she chooses to take on in movies. Janhvi is now getting compliments on her recent film, Mili. In a recent interview with Vogue, Janhvi shared a story about an Italian man hitting on the late actress. In her interviews, she frequently shares exciting stories about her late mother, Sridevi.

Sridevi once visited Italy to buy furniture for her Chennai house, as per Janhvi Kapoor. She was shocked when an Italian man hit on her. According to Janhvi, the late actress was travelling with a friend when she witnessed the man’s behaviour and even exclaimed, “How dare he talk to me?” The actress continued by claiming that Sridevi’s friend joked about the incident to Boney Kapoor, who became furious upon knowing of it and left Khushi and Janhvi in Mumbai to travel to Italy to be with Sridevi. The Mili star said that Sridevi and Boney Kapoor ended up on a mini honeymoon in Italy.

Janhvi spoke about the numerous photographs in her home in Chennai as she continued to talk about it. “I think my favourite photos are the ones of mum and dad from before I was born,” Janhvi said. She added, “You can see their journey and tentativeness in their initial photos.”

While on the Workfront, alongside Rajkummar Rao, the actress works on Mr and Mrs Mahi, among other projects. The film’s production has also begun, and she will also appear with Varun Dhawan in Bawaal. The actors will share a screen for the first time during this production.