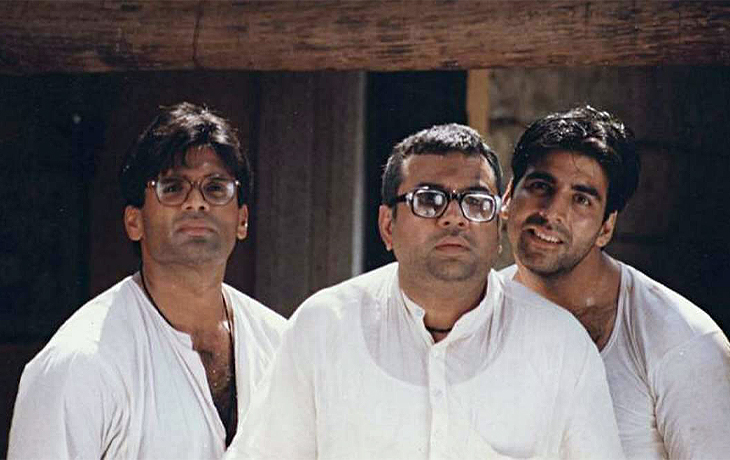 Hera Pheri is one of the most well-liked franchises, starring Akshay Kumar, Paresh Rawal, and Suniel Shetty. After a long break, the crowd was eager to see Hera Pheri 3. But recently, the news that Akshay would not appear in the third part saddened everyone. The actor revealed that he backed out of the film since the script didn’t appeal to him. Suniel has stated that he will try to get Akshay back in the third chapter.

Suniel recently admitted in an interview with Midday that he was stunned to discover that Akshay was quitting their humorous franchise. Additionally, he stated that he would communicate with the creators to see if anything could be worked out. He declared, “Everything was on track, but I don’t know what happened suddenly [that] Akshay is not a part of it anymore. Once I am [done with] Dharavi Bank promotions, I will sit with Firoz [Nadiadwala, producer] and understand why and how this happened. Akshay, Paresh and I had committed to the movie, and this twist has stunned me.”

Additionally, he said, “Hera Pheri 3 cannot be the same without Akshay. Raju, Babu bhaiyya and Shyam are iconic characters whose journeys have been together. There’s palpable excitement when you mention the film, and I want to see if things can still fall in place.”

The followers of Hera Pheri now have hoped because of Suniel’s statement. Back then, the fans adored the camaraderie of the group. After Akshay left, Paresh revealed that Kartik Aaryan had taken over.

In a recent event, Akshay spoke about Hera Pheri 3 and his decision to leave the franchise. He revealed, “The film was offered to me, but I was not satisfied with the script. I have to do what people want to see. That is why I backed out. I took a step behind. It is a part of my life and journey for me. I am also very sad that I can’t do it. But I am not happy with how the creative things have shaped out.”

The first part of Hera Pheri premiered in 2000, while the second part came out in 2006. At the time, both movies did well at the box office.