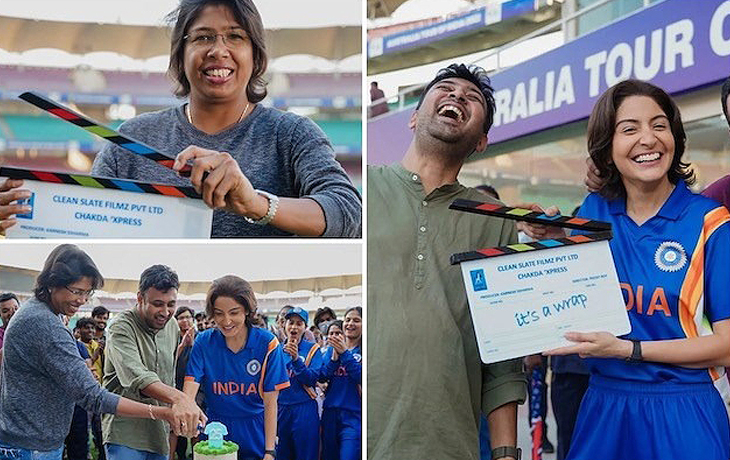 After taking a break from work, Anushka Sharma is now raring to go. She is set to make her comeback with Netflix’s Chakda Xpress, and finally wraps the film’s shoot.

In Chakda Express, Anushka will portray a cricket player. The life and times of former Indian skipper Jhulan Goswami served as the basis for the movie. The fact that Anushka is playing again in the sports biography after her flop 2018 film Zero adds to the film’s uniqueness.

The movie is a dramatic recounting of several events that influenced both women’s cricket and Jhulan Goswami’s life.

Chakda Xpress follows Jhulan’s inspiring journey as she climbs the corporate ladder in pursuit of her dream of playing cricket for India against the obstacles of chauvinist politics. She achieved her objective, became the captain of the Indian women’s national cricket team, and serves as an inspiration for aspiring cricketers in the nation. In 2018, an Indian postage stamp was issued in her honour. Jhulan holds the world record for the highest number of wickets women take in an international career.

Anushka Sharma continues to express her creativity through her producing endeavours, even if she is away from the big screen. Under Clean Slate Filmz, Anushka and her brother Karnesh Ssharma have produced many highly regarded films, including Bulbul and Pataal Lok. They are now providing funding for Qala and Mai.