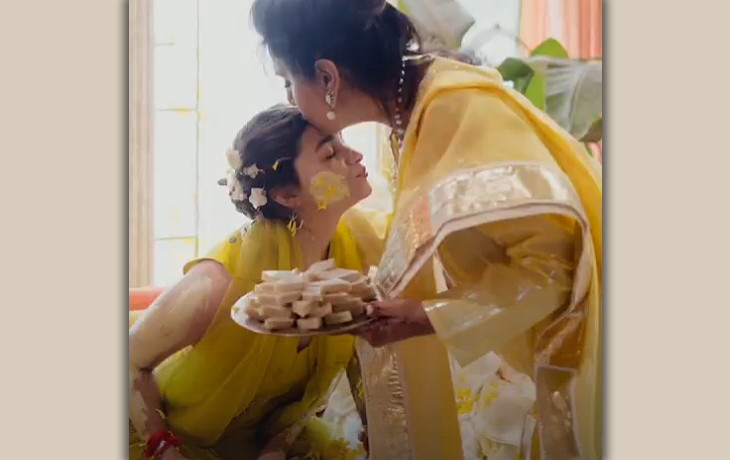 Neetu Kapoor has a birthday today! On this day in July, the 8th, Neetu Kapoor celebrates her birthday. At a very young age, the actress established herself as one of the most well-known actresses in the Hindi cinema business during the 1970s and 1980s. After a break, Neetu returned with a bang, releasing lovely masterpieces like Love Aaj Kal and Do Dooni Chaar. She has had an incredibly memorable year, both personally and professionally. She most recently appeared alongside Varun Dhawan, Kiara Advani, and Anil Kapoor in the blockbuster JugJugg Jeeyo.On the other hand, her beloved son Ranbir Kapoor and Alia Bhatt, who was married in April, recently revealed to the public that they are expecting a child.

Neetu Kapoor and Alia Bhatt have an excellent relationship. They are each other’s biggest supporters and are inseparably in love. Of course, Alia sent her mother-in-law the cutest birthday greeting. Alia shared a stunning photo from her Haldi ceremony with Neetu Kapoor on her Instagram stories. In the photo, Neetu could be seen giving Alia a sweet forehead kiss. Alia sent a lovely note and accompanied it with a picture. She penned, “Happiest birthday to the most beautiful soul… My mother-in-law/friend/soon-to-be dadi maaaaa .. love you so so much!!!”

In the meantime, Neetu is enjoying the success of her most recent film, JugJugg Jeeyo, in which she co-starred with Varun Dhawan, Kiara Advani, and Anil Kapoor. She was also seen supporting Ranbir Kapoor’s next film Shamshera, which would be his cinematic comeback after a four-year absence. Regarding Alia, she is getting ready for the premiere of Ayan Mukerji’s Brahmastra, which will be her debut project alongside Ranbir Kapoor. On September 9, 2022, the movie is set for release, which also stars Amitabh Bachchan, Mouni Roy, and Nagarjuna Akkineni.

Alizeh Agnihotri, niece of Salman Khan, will make her acting debut with a large cast.