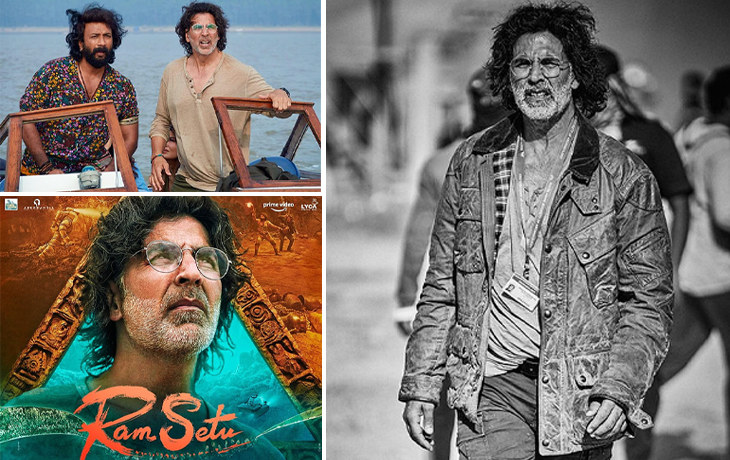 Akshay Kumar shared major news with his fans on Instagram on the occasion of Dussehra. Akshay released a monochromatic photo of himself along with the information about the release date of the trailer for his eagerly anticipated movie Ram Setu: October 11, 2022. The post’s caption read, “You showered the Ram Setu teaser with so much love, and we are grateful for that. The love and eagerness you are waiting for in the Ram Setu trailer make us work even harder. Now to answer the burning question. The trailer of Ram Setu will be out on October 11. Brace yourself to deep dive into the world of Ram Setu! #RamSetu in cinemas, October 25 22.”

In addition, he also posted a series of images from the Ram Setu sets, the first of which showed the underwater Exosuit called Makar that was used for the movie’s underwater shoot for the film. He then tweeted an image of an exciting action scene from the movie and a photo of himself with South star Satya Dev. In addition to Jacqueline Fernandez, Nushratt Bharucha, and Satya Dev playing the lead roles, Abhishek Sharma is the film’s director.

Ram Setu was announced on Diwali last year, and filming started in March this year. The film’s story revolves around an atheist archaeologist turned believer, Aryan Kulshrestha (Akshay Kumar), who races against time to establish the actual existence of the legend Ram Setu before evil forces ruin the pillar of India’s heritage.

Along with Ram Setu, Pankaj Tripathi, Yami Gautam and Arun Govil, OMG 2 will also include Akshay Kumar. He also has Gorkha, Selfie with Emraan Hashmi, and Bade Miyan Chote Miyan with Tiger Shroff.