Yashoda, starring Samantha Ruth Prabhu, will premiere on OTT on this date 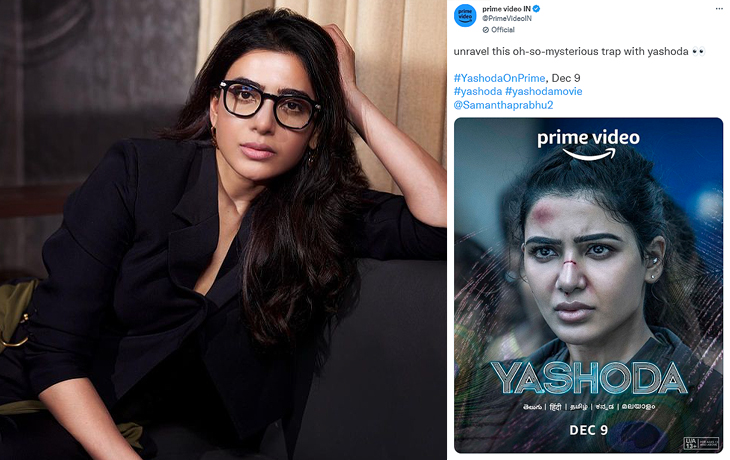 Yashoda, the new-age thriller starring Samantha Ruth Prabhu, is ready to enthral movie buffs on the OTT platform after a successful premiere at movie theatres. The much-anticipated drama will debut on December 9 of this year.

If you haven’t seen the movie yet, Yashoda is a woman who decides to be a surrogate mom to raise money for her sister’s operation. She discovers a major medical scam while her stay at the surrogacy centre. The movie will have its world premiere on Amazon Prime in 240 countries and Tamil, Telugu, Kannada, Malayalam and Hindi, among other languages. The OTT platform posted on twitter the news, “unravel this oh-so-mysterious trap with Yashoda.” Yashoda, which was directed by the team of Haresh Narayan and K. Hari Shankar, also stars Varalakshmi Sarathkumar, Unni Mukundan, Murali Sharma and Sampath Raj in an important role.