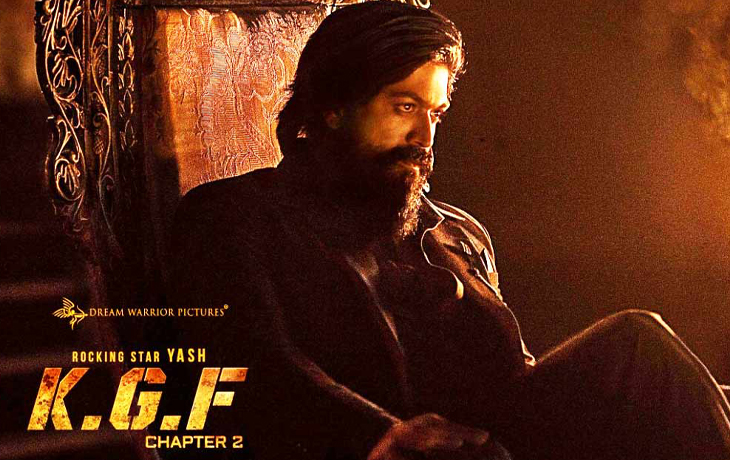 Superstar Yash Latest  Action Blockbuster film Kgf 2 was one of the most anticipated films to release in last four years. Fans of Kgf 1 were eagerly waiting to see Kgf 2. And a team of Kgf  2has met all the expectations of the fans.The mega   Budget action film is unstoppable around India and abroad.

The Yash Starrer Action Blockbuster film has broken all records till now. And it is also become only First South Indian film to earn  1000 CRS total collections (adding both domestic and overseas Collections)

On Saturday, film trade analyst Ramesh Bala also took to Twitter and announced “#KGFChapter2 has crossed 1,000 Crs Gross Mark at the WW Box Office.. Only the 4th Indian Movie to do so after #Dangal, #Baahubali2 and #RRRMovie.”

In more good news for its makers, ‘KGF 2’ has emerged as the third highest-grossing Hindi movie in India with its collections overtaking the lifetime earnings of the super hits ‘Tiger Zinda Hai’, ‘PK’, and ‘Sanju’.

‘KGF 2’ was released with a bang on April 14, recording the highest opening day collections. It continued its winning run as the Hindi movie to register the highest earnings on the opening weekend, and opening week. It also became the fastest Hindi film to breach the Rs2.50 billion net mark.

Kahani, the first track from Aamir Khan and Kareena Kapoor Khan’s film Laal Singh Chaddha, has been praised by netizens.