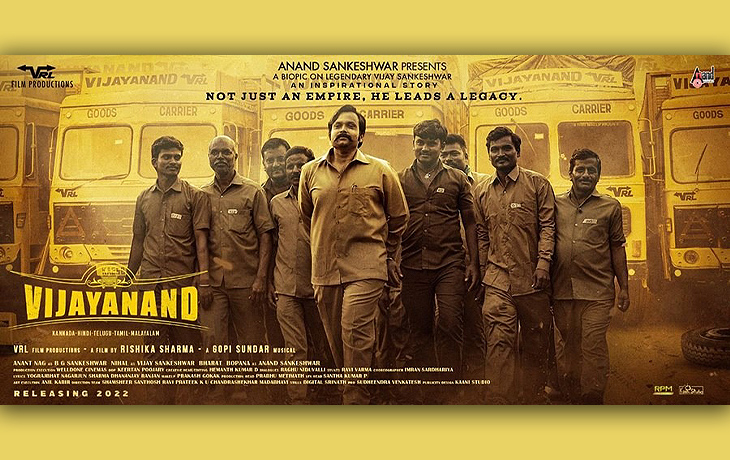 A biopic of Dr Vijay Sankeshwar, the owner of the largest fleet of commercial cars and a Padma Shri recipient, is about to be released.

The movie will also be VRL Film Productions’ first foray into production, and it will be released throughout India with dubbed versions in Hindi, Tamil, Telugu, and Malayalam.

Previously, Nihal played the lead role in the movie Trunk, which Rishika Sharma directed. The movie, which had a relatively low budget, performed incredibly well at the box office, making it one of the most successful movies of 2018.

Hubli, Karnataka native Vijay Sankeshwar began his path in obscurity and now runs the VRL Group of businesses. He and his son Anand Sankeshwar jointly serve as the company’s chairman. He owns the Kannada-language newspaper Vijaya Vani and the 24-hour news channel Dighvijaya.

The Indian government presented Padma Shri to Vijay Sankeshwar in 2020.