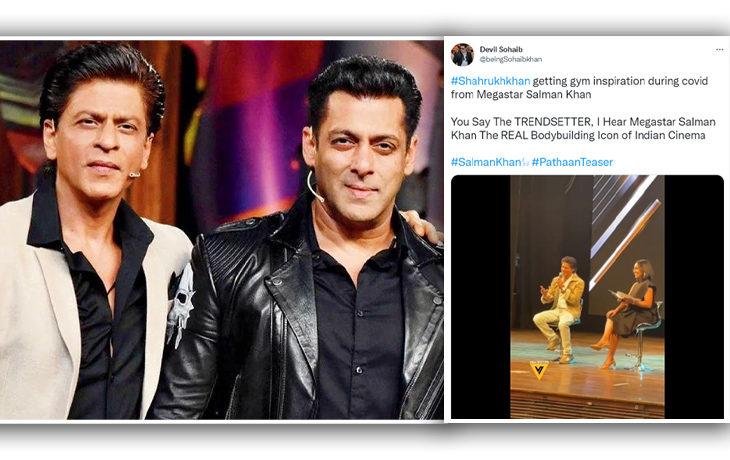 On Wednesday, Shah Rukh Khan turned 57 years old. The 1992 film Deewana, which also starred Rishi Kapoor and Divya Bharti in the lead roles, marked the debut of the man commonly referred to as “the King of Bollywood.”

The actor from Kuch Kuch Hota Hai discussed how he kept up with his workout regimen during the Coronavirus outbreak as he was getting ready for his eagerly anticipated movie Pathaan. Shah Rukh admitted that he was clueless during his workout. “Subah uthkar (meri subah Thoda late hoti), I went for 45 minutes to the gym, where no trainer was allowed due to quarantine. I would google workout routines and ask bigger stars, Salman Bhai, Tiger Shroff and Hrithik Roshan and put something together,” claimed the actor.

The Don 2 actor greeted the crowd of fans earlier on Wednesday afternoon by stepping out onto the balcony of his house, Mannat. Later, he posted a selfie of himself posing for the camera with followers in the back to his social media accounts. He shared the article and said, “It’s so lovely to live in front of the sea…..the sea of love that spreads all around me on my birthday….thank you. Grateful for making me feel so special….& happy.”

While makers of the movie Pathaan also unveiled the teaser on Shah Rukh’s birthday. Shah Rukh Khan appears in the image in an action avatar. John Abraham and Deepika Padukone are also featured in the movie. Siddharth Anand, who also directed the 2019 hit War starring Hrithik Roshan and Tiger Shroff, is the director of Pathaan.

In addition to Pathaan, the actor is in the films Jawan, by Atlee, with Nayanthara co-starring, and Dunki, with Taapsee Pannu in the lead and directed by Rajkumar Hirani.