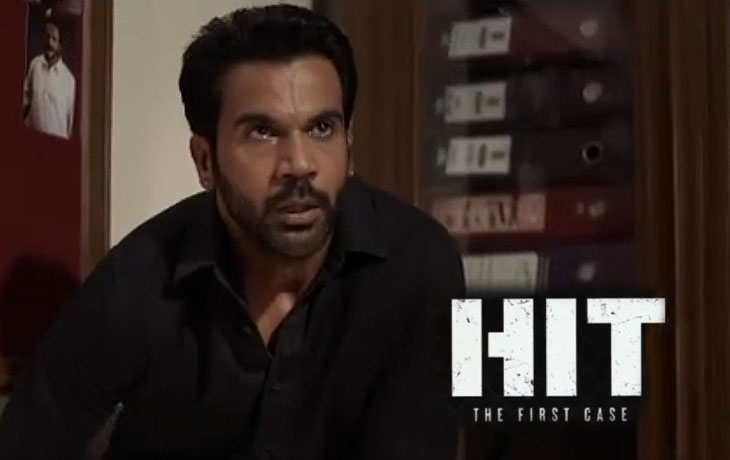 Actor Rajkummar Rao delivers his promise to reveal a glimpse of Vikram from the upcoming crime thriller HIT- The First Case.

Rajkummar Rao portrays the role of Vikram, a police officer in the film. He always has to battle the ghosts of his tragic past due to his current employment. His panic attacks interfere with his ability to work.

Homicide Intervention Team, or HIT, is a television show that centres on a police officer searching for a missing lady. Sailesh Kolanu, who had previously directed the original, is in charge of the movie, a replica of the 2020 Telugu smash of the same name.

Rajkummar and Sanya work together for the first time on the thriller. They had previously appeared in several portions of Anurag Basu’s anthology Ludo.