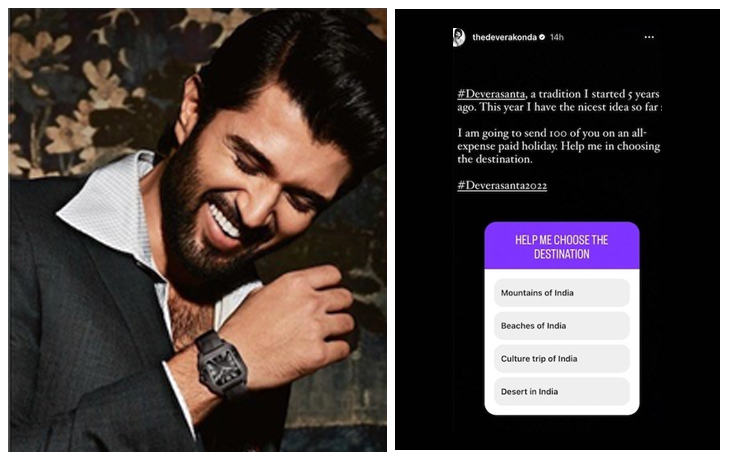 Actor Vijay Deverakonda delights his fans with his unique #Deverasanta Thanksgiving gesture every year. The “Arjun Reddy” actor announced an all-expenses-paid trip for his 100 followers for Christmas 2022, which was no exception.

Using social media, Vijay set up a poll for his followers to help him decide which travel destination to present to his followers. He enquired whether his followers would prefer a journey to India’s mountains, beaches, or deserts.

The film Liger, aggressively marketed as a pan-India effort, flopped at the box office, grossing less than Rs 100 crore.

Vijay made his Bollywood debut with the movie. He will appear with Samantha Ruth Prabhu in the forthcoming love drama Khushi. The film is scheduled to be out in 2023.

Gowtam Tinnanuri of Jersey fame will collaborate with Vijay on a new project. However, no official notification has yet been made in this regard.

Gangstaa from Ajith Kumar Starrer Thunivu Is Out