Vidya Balan And Shefali Shah’s Jalsa Trailer Is Out 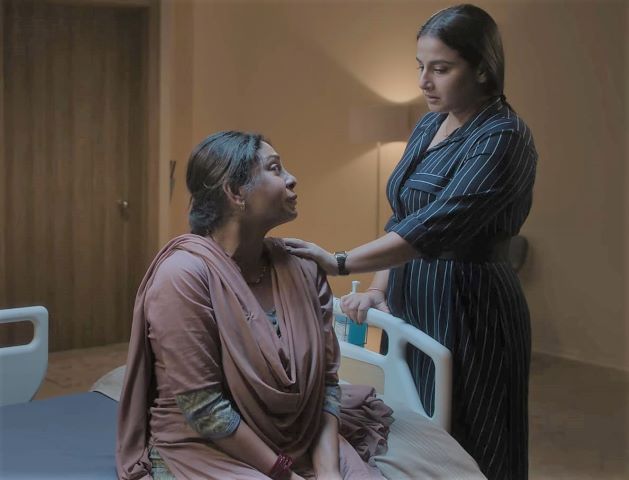 Vidya Balan and Shefali Shah starrer much-awaited film Jalsa’s trailer is finally released. Both the leading ladies are shown to be connected by a murder case. Directed by Suresh Triveni of Tumhari Sulu fame and produced by T-Series and Abundantia Entertainment.

Taking to Twitter, T-Series shared the film’s trailer, and they captioned it, “One Truth that becomes everyone’s Secret. Find out on 18th March @primevideoin #JalsaOnPrime #Jalsa Trailer out NOW!”

The trailer starts with the young girl being chased by someone and getting hit by a car. Police and news channel started investigating the case. Shefali Shah essays the character of the victim’s mother while Vidya plays a journalist.

Vidya’s character gets to work to dig deep into a story, but she is reminded, “Aajkal Khabar chupane mein zyada fayda hai (It’s better to hide a story these days).” The trailer ends with a kid, who is telling someone, “sab pata hai muze, ek chocolate degi na kisiko bolega nahi me (I know everything, I won’t tell anyone if you give me chocolate).” It has increased the curiosity levels of the fans. Jalsa will surely pull in a huge crowd on its opening.

Jalsa will release globally on Amazon Prime Video on March 18, 2022.