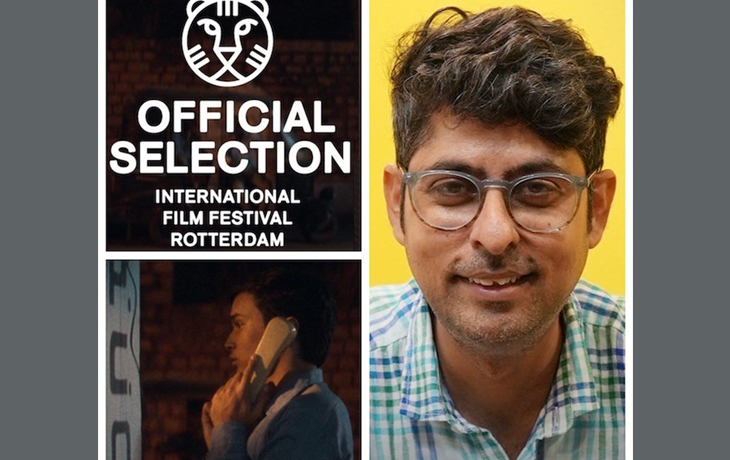 The world premiere of All India Rank, the directing debut of renowned stand-up comedian and screenwriter Varun Grover, will be the closing film of the International Film Festival Rotterdam.

Varun Grover wrote and directed the movie, and Sanjay Routray, Sarita Patil, and Diksha Jyoti are in charge of producing it through their Routray Production Company, Matchbox Shots Sales, and Matchbox Shots labels. Bodhisattva Sharma, Shashi Bhushan, and Samta Sudiksha are the movie’s leading actors.

Sharing the news on his social media profile, Varun Grover tweeted, “Beyond thrilled to know that my debut feature ALL INDIA RANK (Produced by @MatchboxShots) will have its World Premiere at @IFFR as the Closing Film. Congratulations and gratitude to our entire team (comprising many debutantes).”

“Of course, a HUGE team came together to make this film happen. From the lights and electric crew to the caterers and drivers and spot boys and junior artistes and tailors and assistants in every department, but to begin, here are the names of the HODs of key departments,” read the full tweet.

Every middle-class family in India would agree that it is time for the 17-year-old Vivek, the protagonist of the movie, to enrol in preparation lessons for the infamously tricky admission tests for Indian Institutes of Technology (IITs). Vivek’s father sends his only child to a residential preparatory school in Kota, the centre of IIT coaching because he views an IIT degree as a moral certification. Vivek goes through the rituals of Indian adolescence for two years, but his parents go through the maturing process.

Varun Grover, a multi-hyphenate, portrays a developing national delusion in his semi-autobiographical debut film All India Rank, steeped in the popular culture of liberalised India in the 1990s. The movie diagnoses the sickness of a society where children waste their finest years living their parents’ ambitions. Parents let their self-worth rest on their children’s accomplishments by leaning on Grover’s famously barbed wit and poetic phrases.

Grover, an IIT graduate, criticises middle-class India’s repression, casual corruption, and persistent incapacity to connect with a sharp eye and a velvet glove. But All India Rank is a kind of work that gives Vivek a place to drift, “a moth among butterflies,” in a state of not knowing what he wants. The key to Vivek’s salvation is his refusal to fantasise.