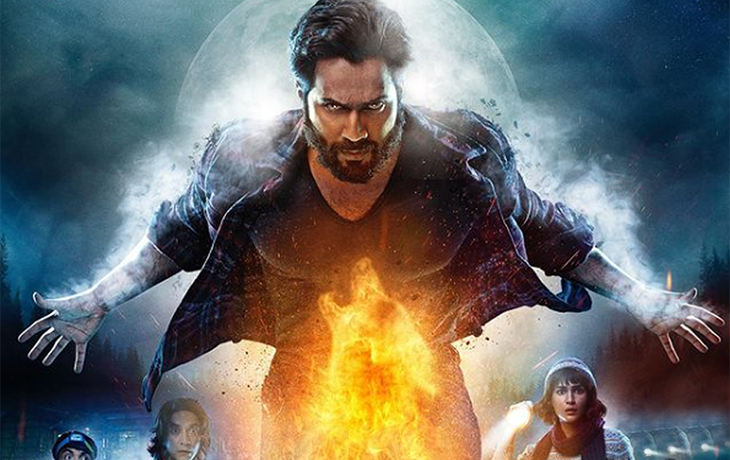 Since announcing their upcoming film Bhediya, Varun Dhawan and Kriti Sanon have become the centre of attention. Recently, the movie’s trailer was released, and since then, fans have not stopped talking about it. The original teaser and Varun’s previously unseen persona have generated a lot of discussion on social media. The movie makers have unveiled a brand-new poster, and we bet it looks very intriguing.

Varun Dhawan posted the latest Bhediya poster to his Instagram account. The actor is depicted in the centre of the poster with an intense look. The actor seems prepared to strike in his jacket, t-shirt, and pants. Kriti Sanon, who appears afraid and is holding a torch, can be seen standing on one side of Varun. Abhishek Banerjee and Deepak Dobriyal are also seen on the poster. Varun posted this poster and captioned it, “Ab Hoga Jungle Mein Kaand!”

While on Workfront, the next movie in which Varun will appear is Ekkis and Sajid Nadiadwala’s Sanki. Additionally, he is working on the global series Citadel from the Russo Brothers for Amazon Prime, directed by Raj and DK.

Kriti will appear in Adipurush alongside Prabhas and Saif Ali Khan. The movie’s trailer garnered a lot of attention and criticism simultaneously. But viewers are praising Kriti’s appearance in the film.