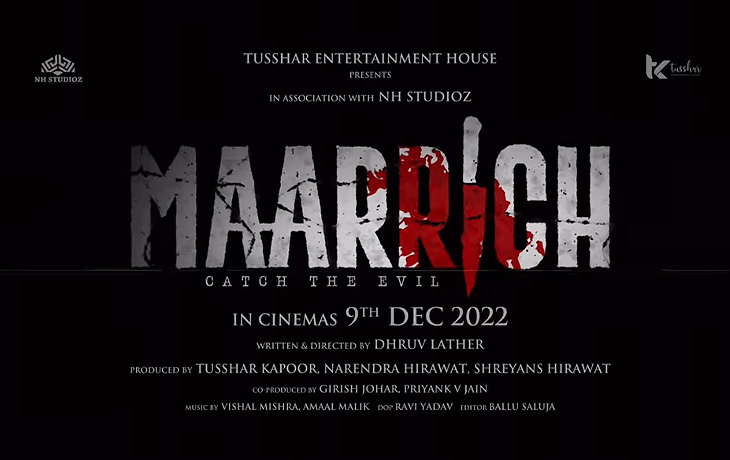 Sharing the motion poster of the movie, Tusshar Kapoor, “Caution…you are about to get tangled in the world of #Maarrich; catch the evil! The trailer is coming soon! In cinemas on December 9 2022. World of Maarrich, starring @naseeruddin49 and Myself. A film by #TussharEntertainmentHouse, written and directed by @dhruvlather #NarendraHirawat @shreyans_hirawat #GirishJohar @priyankvjain @nh_studioz @amaal_mallik @vishalmishraofficial.”

Directed by Dhruv Lather and produced by Tusshar, the film also features Naseeruddin Shah and Tusshar Kapoor, who will be seen as police officers.

The film marks the directorial feature for Dhruv Lather. He expressed joy, “Caution, you are about to get tangled in the world of #Maarrich; catch the evil! Thrilled to present my directorial feature! The trailer is coming soon! In cinemas on December 9 2022. Starring @tusshark89 and @naseeruddin49. A film by #TussharEntertainmentHouse.”

The movie, written and directed by Dhruv Lather, is produced by Narendra Hirawat, Shreyans Hirawat, Girish Johar, and Priyank V. Jain and is shown by Tusshar Entertainment House in collaboration with NH Studios.

As per Ayan Mukerji, “Brahmastra 2” might be out in December 2025