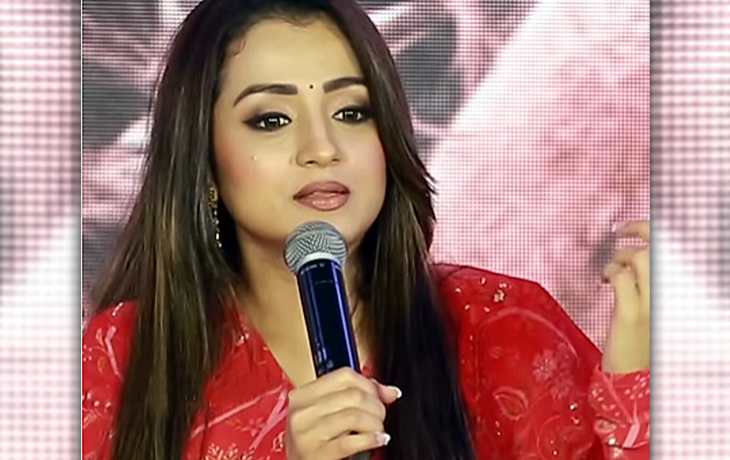 Trisha Krishnan is extremely busy promoting Ponniyin Selvan, the highly awaited film she is working on. In the Mani Ratnam-directed film Ilaiya Piratti Kundavai, based on Kalki Krishnamurthy’s epic novel of the same name, the well-known actress portrays the beloved role. Audiences have taken notice of Trisha’s several appearances as the Chola princess in the movie. In a recent interview, the stunning actress talked freely about finalizing her appearance for the film.

For Trisha’s role as Kundavai, they reportedly tested more than 50 different looks. “You guys have just seen a couple of Kundavai’s looks from the film. We tried over 50 looks for the film and later shortlisted around 30 out of them. Later, we picked the best ten looks from that list, from which Mani Ratnam sir decided what worked for his film. The full credits for my looks go to Mani sir and the styling team – to Eka Lakhani and her team,” the actress remarked.

Regarding Trisha Krishnan’s role in Ponniyin Selvan, she plays Kundavai Devi, the princess of the Chola dynasty known as the Ilaiya Piratti. She is Vanthiyathevan’s love interest and the sister of Arumozhi Varman and Aditya Karikalan. According to legend, Kundavai was a courageous and intelligent woman. Initially, many well-known actresses were considered for the role, including Nayanthara and Anushka Shetty. However, Trisha ultimately joined the cast to portray Kundavai in Mani Ratnam’s creative production.

In the movie, Jayam Ravi plays Arunmozhi Varman, also known as Ponniyin Selvan, while Chiyaan Vikram plays Aditya Karikalan, and Karthi plays the character of Vanthiyathevan. By portraying the main antagonist Nandini in Ponniyin Selvan, Aishwarya Rai Bachchan returns to Tamil cinema. The music for the landmark film, which is being made by Mani Ratnam’s Madras Talkies and Lyca Productions, was composed by AR Rahman. On Friday, September 30, the movie will be released in theatres.