To explain his vision and nature’s forces, Ayan Mukerji delves deeply into the Astra Verse: Brahmastra 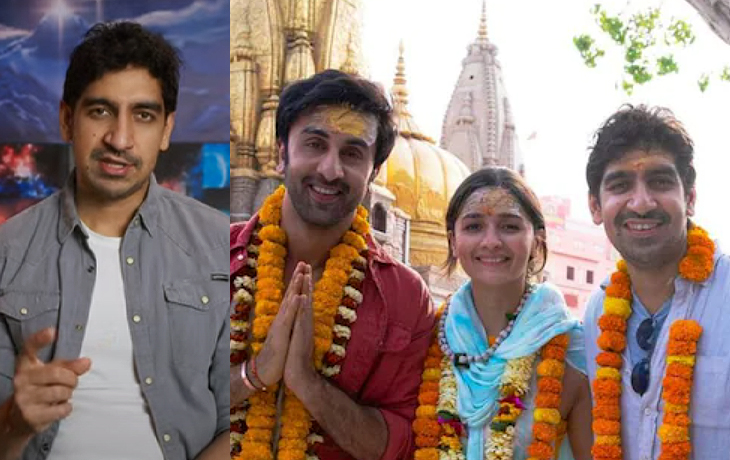 Brahmastra director Ayan Mukerji and his team are starting to share fresh Brahmastra-related content in less than two months until the movie’s release. On Wednesday, Ayan published a new video outlining the idea that initially inspired him to start writing Brahmastra. The director also detailed the numerous powers that would be featured in the movie.

Ayan is shown in the film explaining the Astra poem and the four elements of nature (air, water, fire, and earth). Sharing the video, he wrote, “While Brahmāstra is a work of fiction, my attempt has been to celebrate Indian spirituality, in my own way, through this movie. On this very auspicious day of Guru Purnima, I wanted to share a little more in-depth about the concept of Brahmāstra – a movie through which I personally found myself transforming into a forever-student of the infinite wisdom that exists in our ancient Indian roots… I hope you guys enjoy our imagination! #astraverse.”

Brahmastra, starring Alia Bhatt, Amitabh Bachchan, and Ranbir Kapoor, is scheduled for release on September 9, 2022. Mouni Roy and Nagarjuna will both play essential roles in the movie.

Rashmika Mandanna’s most recent photo of her pets Aura and Snow waiting for her is the prettiest thing you’ll see today.