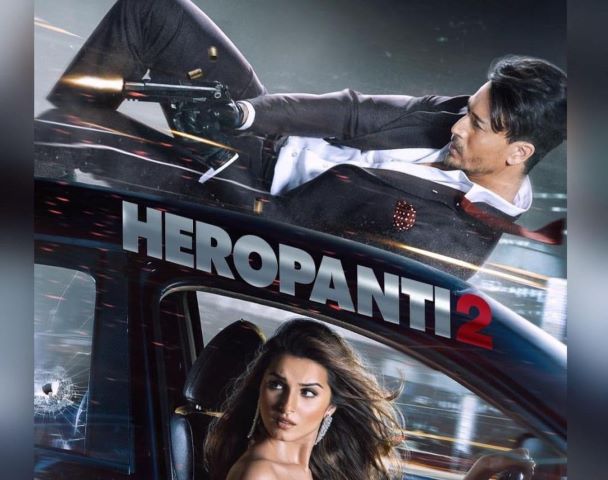 The most awaited film Heropanti 2, has a new release date, starring Tiger Shroff and Tara Sutaria in lead roles. The maker of the film released a new poster and revealed the new release date of the movie. Tiger shared the news of the same on social media.

Taking Twitter, actor Tiger Shroff shared the film’s new poster. In the poster, both lead actors are dressed in black and appear like secret agents. Tiger is on the car’s roof, wearing a black suit. At the same time, Tara is inside the vehicle with a gun in one hand and the other on the steering wheel. Sharing the poster on Twitter, Baaghi 3 star wrote, “Happy to announce that I share with you that our film #Heropanti2 will be releasing in theatres near you on Eid 2022! Agli Eid bitayenge aapke saath”.

Directed by Ahmed Khan and produced by Sajid Nadiadwala. Along with the lead pair, Gangs of Wasseypur actor Nawazuddin Siddiqui will also be part of the film. Heropanti 2 is the sequel to Tiger and Kriti Sanon’s 2014 Bollywood debut Heropanti, also produced by Sajid Nadiadwala. Tiger and Tara reunite after The Student of the Year 2, 2019, which was Tara’s debut film.

On Sunday, production company Nadiadwala Grandson Entertainment announced that the upcoming action-drama Heropanti 2 would release on May 6, 2022, but the release has been preponed. The film will now arrive a few days before, on April 29, 2022.