Popular
“Aditya Dhar, You’re The Biggest Blessing In Life,”...
Ajay Devgn And Varun Dhawan Praise Each Other...
Dhanush And Sekhar Kammula Collaborating For A Trilingual...
Exclusive Interview: Ravindra Parekh, a Writer, Poet and...
Tiger 3: Salmaan Khan to reunite with actress...
Tahira Kashyap States that she borrowed money from...
Kartik Aaryan Is Spooky In Freddy’s New Teaser
Mahesh Babu Pens A Heartfelt Note For His...
Ranbir and Alia disclose the name of their...
Anand L Rai on Akshay Kumar’s Raksha Bandhan’s...
Home Hollywood This Marvel film holds the record for having the most extensive set of any Avengers or Spider-Man film (it Took 4 Months)
Hollywood 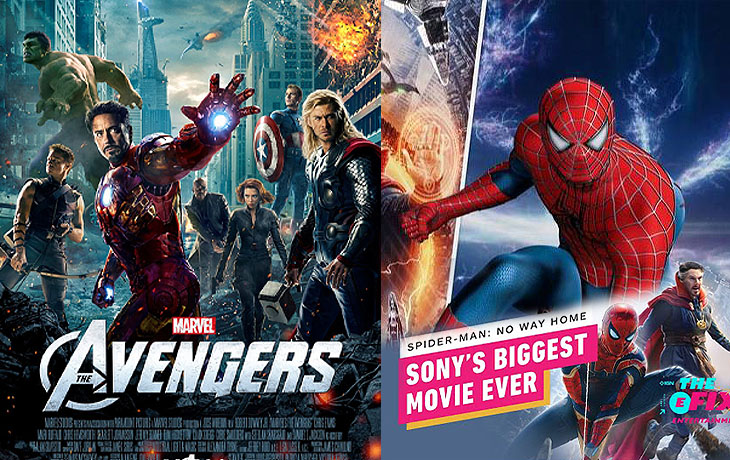 Marvel Studios, best known for creating films in the Marvel Cinematic Universe, produces high-profile, high-budget movies. Though they frequently end up with the highest box office take, do you know which movies have the most prominent cast to date? To learn, scroll down.

The Avengers is one of the studios’ most enduring film series. The series has a huge fan base and is frequently referred to as expensive flicks. One may readily assume that The Avenger movies could be the ones with the most extensive movie set. Today, however, we shall expose The Thor movie, which steals the glory.

According to Business Insider, it took 3–to 4 months to construct the streets of Asgard and Medina that appeared in the 2013 movie “Thor: The Dark World.” The giant set ever built for a Marvel film. That’s not all; the production design crew went above and beyond to make the movie set come to life.

On July 7, 2022, The Thor: Love & Thunder, the third instalment, is scheduled for release. In the movie, Chris Hemsworth, who previously played the God of Thunder, will reprise his role. Also appearing are Natalie Portman as Jane Foster, Christian Bale as Gorr the God Butcher, and Russell Crowe as Odin.