Popular
“Aditya Dhar, You’re The Biggest Blessing In Life,”...
Ajay Devgn And Varun Dhawan Praise Each Other...
Dhanush And Sekhar Kammula Collaborating For A Trilingual...
Exclusive Interview: Ravindra Parekh, a Writer, Poet and...
Tiger 3: Salmaan Khan to reunite with actress...
Tahira Kashyap States that she borrowed money from...
Kartik Aaryan Is Spooky In Freddy’s New Teaser
Mahesh Babu Pens A Heartfelt Note For His...
Ranbir and Alia disclose the name of their...
Anand L Rai on Akshay Kumar’s Raksha Bandhan’s...
Home Korean Entertainment The Eagerly Anticipated Jack In The Box Solo Album By BTS Member J-Hope Is Now Out
Korean Entertainment 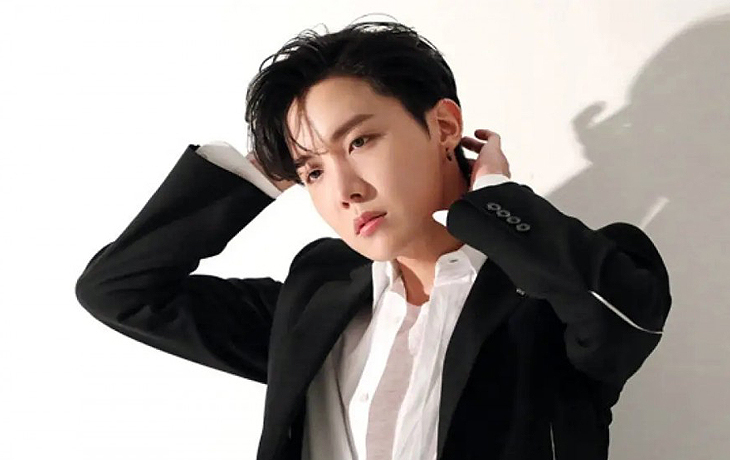 J-Hope just revealed that his debut complete album, “Jack In The Box,” will be released on July 15 and the promotions for it have been incredible. His more upbeat and colourful side, for which he is known, was initially hinted at in the teasers. However, his most recent teaser visuals for the pre-release song “More” had a darker and more menacing feel to them, with smudged makeup, silhouettes, a gloomy appearance, and shaky old photos. But why would BTS‘ “sunshine” choose a menacing idea?

This is addressed in the Weverse interview he gave a few weeks ago, where he discussed a variety of topics, including BTS, travel, Instagram, and finally the desire to shed his upbeat attitude. If you listen to these songs afterwards, you’ll realise what he meant when he said, “I wanted to reflect back on things, like how I’ve lived and the emotional shadow my hidden side casts, but if I was going to talk about these things, I couldn’t always be light about it. Because of this, I veered a little closer to a darker realm, which, in my opinion, made it possible for me to be entirely honest about my life narrative.

Many ARMY members may be surprised by this response, but it’s one of the greatest ones because music is an excellent medium for expressing a person’s actual emotions, thoughts, ideas, expressions, etc. There are aspects of a person that suffer as well, and it’s clear to someone who has experienced failures, hate, and both kinds of love over the years. One cannot always be cheerful and happy.

It’s going to be fantastic to watch J-Hope take on a darker theme or look for this comeback and we hope to understand him more with this album. J-Hope isn’t too outspoken about his struggles, instead maintaining his upbeat demeanour to lighten the mood of ARMYs and of others around him.

Another thing is that there is a record with the words “www.BLACKPINK.COM” on it in one of the concept shots where records are scattered all over. Is this a coincidence or a clue?