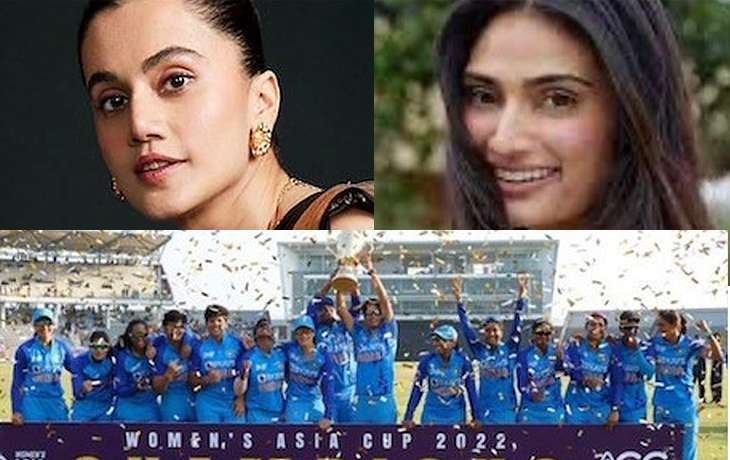 Actress Taaspee Pannu and Athiya Shetty, among many others, applaud the BCCI’s decision to pay male and female Indian cricket players equally.

The BCCI secretary Jay Shah announced that Indian women cricketers would receive the same match fee as their male counterparts as the board takes the first step towards tackling discrimination, putting an end to the raging gender pay gap in Indian cricket. Taapsee Pannu and Athiya Shetty have praised the decision.

Jay Shah took to his social media profile and announced, “I’m pleased to announce @BCCI’s first step towards tackling discrimination. We are implementing a pay equity policy for our contracted @BCCIWomen cricketers. The match fee for both Men and Women Cricketers will be the same as we move into a new era of gender equality in Indian Cricket”

“The @BCCIWomen cricketers will be paid the same match fee as their male counterparts. Test (INR 15 lakhs), ODI (INR 6 lakhs), T20I (INR 3 lakhs). Pay equity was my commitment to our women cricketers, and I thank the Apex Council for their support. Jai Hind” read the full Tweet.

Taapsee Pannu praised the landmark verdict in a tweet that read, “A tremendous step towards equal pay for equal labour. I appreciate BCCI setting an example.

Athiya Shetty, an actress, also posted on social media with the caption, “This is Amazing.”

Ranveer Singh To Be Honoured With Étoile d’Or Award