Popular
“Aditya Dhar, You’re The Biggest Blessing In Life,”...
Ajay Devgn And Varun Dhawan Praise Each Other...
Dhanush And Sekhar Kammula Collaborating For A Trilingual...
Exclusive Interview: Ravindra Parekh, a Writer, Poet and...
Tiger 3: Salmaan Khan to reunite with actress...
Tahira Kashyap States that she borrowed money from...
Kartik Aaryan Is Spooky In Freddy’s New Teaser
Mahesh Babu Pens A Heartfelt Note For His...
Ranbir and Alia disclose the name of their...
Anand L Rai on Akshay Kumar’s Raksha Bandhan’s...
Home Bollywood news Sussanne Khan and Arslan Goni’s California summer is about travel goals; she refers to the trip as her “new home.”
Bollywood newsFeatured

Sussanne Khan and Arslan Goni’s California summer is about travel goals; she refers to the trip as her “new home.” 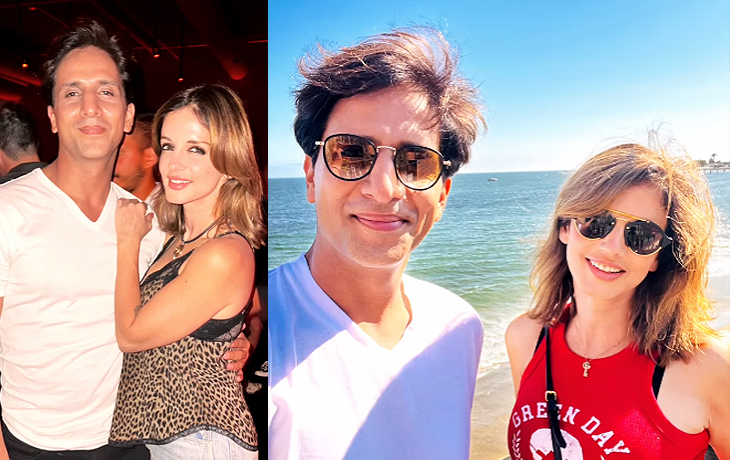 Since a few weeks ago, Sussanne Khan and Arslan Goni have been vacationing in California. The couple has been there on vacation, enjoying the summer and meeting with old friends. Sussanne shared fresh pictures from her trip on Instagram over the weekend, dropping another reel. The film included her, her boyfriend Arslan Goni, their friends, and the delicious cuisine they had been enjoying.

Sussanne included a supper she shared with her buddy Abhay Deol in the video. Sussanne also referred to the trip as her “home” when she shared the video with her admirers and followers. She penned, “When Your Summer away makes you feel like your new ‘Home’… food coma, friends, the sea, mescal and loads of lolssss…#summer22 #califhearted.”

Arslan Goni, Sussanne’s lover, appeared to admire her reel-making abilities as he said, “Even I want to make a reel and put it (kiss emojis) pls make one for me. @suzkr.” Although Sussanne hasn’t yet responded to the comment, social media users prompted Arslan to create his reel. “@arslangoni, we want to see your effort now, Come on !! Hurry up,” wrote one social media user.

Hrithik Roshan, Sussanne’s ex-husband, and their kids Hrehaan and Hridhaan were previously in California. He nevertheless took time out of his shooting schedule to travel to France with his girlfriend, Saba Azad.