SS Rajamouli Is Over The Moon Meeting James Cameron 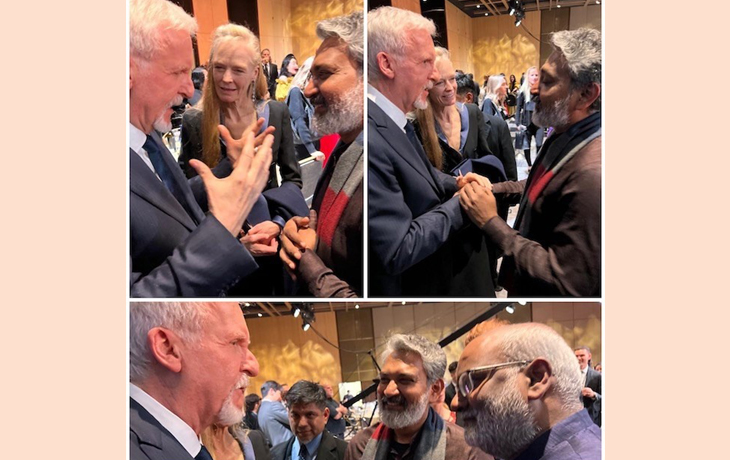 Sharing pictures of his interaction with James Cameron and his wife on social media, SS Rajamouli captioned his post, “The great James Cameron watched RRR… He liked it so much that he recommended to his wife Suzy, and watched it again with her. Sir, I still cannot believe you spent 10 minutes with us analyzing our movie. As you said, I AM ON TOP OF THE WORLD… Thank you both”

On the sidelines of the 80th Golden Globe Awards, when “Naatu Naatu” from his film “RRR” received the prize for Best Original Score, Rajamouli met James Cameron (director of Terminator, Avatar).

The fictional story RRR is based on the experiences of Alluri Seetharama Raju and Komaram Bheem, two Telugu liberation warriors.

The Golden Globes nominated RRR for Best Foreign Language Film and Best Original Song for Naatu Naatu, making it the first Telugu and third Indian film to do so.