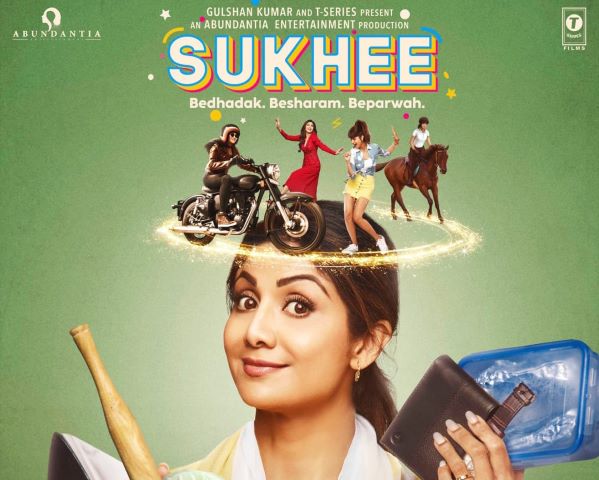 Shilpa Shetty has announced her next film Sukhee, directed by Sonal Joshi. The film is produced under the banners of Gulshan Kumar and Bhushan Kumar’s T-Series in association with Vikram Malhotra and Shikhaa Sharma’s Abundantia Entertainment.

In the Poster, we see Shilpa wearing a yellow salwar suit and holding several household items in her hands. Film’s name is also written with the tagline, “Bedhadak Besharam Beparwah.” We also see several avatars of Shilpa doing various things like riding a bike, a horse, dancing, and singing. As per poser, the film appears to be female-centric. More details about the movie are still under wraps.

Shilpa was last seen in the 2021 film Hungama 2, which marked her return to the screen after “Apne” (2007). The film was directed by Priyadarshan and stars Meezaan Jafri, Paresh Rawal and Rajpal Yadav. It premiered on Disney Plus Hotstar.

Shilpa is currently seen as a judge on India’s Got Talent season 9, along with Kirron Kher, Badshah, and Manoj Muntashir.