Popular
“Aditya Dhar, You’re The Biggest Blessing In Life,”...
Ajay Devgn And Varun Dhawan Praise Each Other...
Dhanush And Sekhar Kammula Collaborating For A Trilingual...
Exclusive Interview: Ravindra Parekh, a Writer, Poet and...
Tiger 3: Salmaan Khan to reunite with actress...
Tahira Kashyap States that she borrowed money from...
Kartik Aaryan Is Spooky In Freddy’s New Teaser
Mahesh Babu Pens A Heartfelt Note For His...
Ranbir and Alia disclose the name of their...
Anand L Rai on Akshay Kumar’s Raksha Bandhan’s...
Home Bollywood news She Season 2 Teaser is Out
Bollywood newsNew Release

She Season 2 Teaser is Out 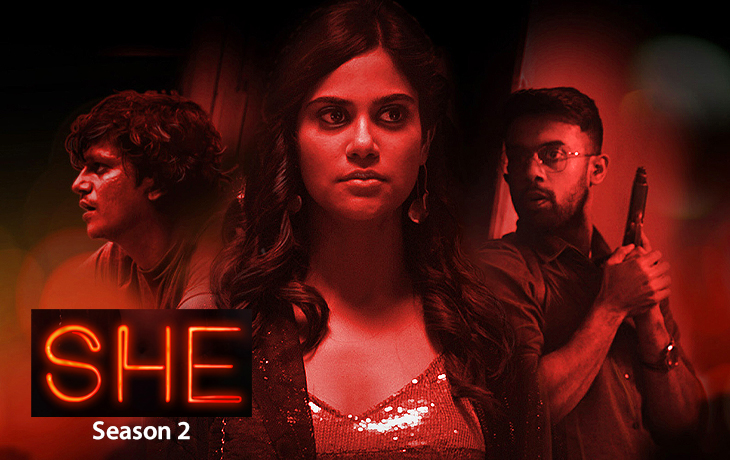 After an epic successful first season, the Netflix India drops the first official teaser for She Season 2, starring Aditi Pohankar in the lead role and this time around she is shifting her loyalties.

The show’s first season followed the story of a poor female police officer in the Indian Police Force who is sent to the Anti-Narcotics Group to combat a powerful drug lord. In the second season, Bhumika is shifting her priorities and doing the things which are in her interest.

The second season will continue from where the first season ended. Bhumika is back in the dark streets of Mumbai, facing the dual forces of duty and passion.

The second season is co-written by Imtiaz Ali and Divya Johry, and it was directed by Arif Ali and Avinash Das.

The second season of She starts streaming from 17th June 2022 only on Netflix.