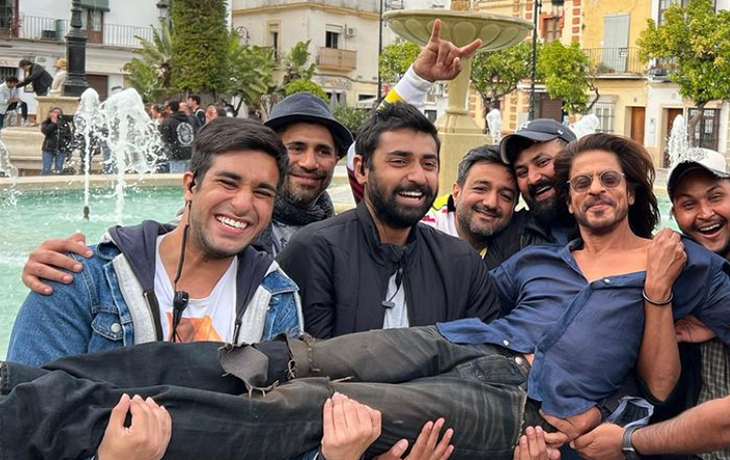 The famous Bollywood star Shah Rukh Khan is preparing to return to theatres with the movie Pathaan. In 2018, he last appeared in the film Zero alongside actresses Katrina Kaif and Anushka Sharma. Pathaan, directed by Siddharth Anand, also has John Abraham and Deepika Padukone in the lead roles. The booking has already gotten off to a strong start. Shah Rukh’s fans are going crazy over a new photo of him that has surfaced on social media.

An unseen image of SRK from the Pathaan set went popular on social media on Sunday. A crew member posted the photo to Instagram and shared it with King Khan. The movie crew lifts the actor as they smile for the camera in the image. Siddharth Anand is also seen in the picture. Shah Rukh can be seen beaming his smile with dimples while the crew is having a wonderful time with him.

Fans were seen praising Shah Rukh’s looks immediately after the photo was posted. a follower said,  “Thank you for treating our Shah Rukh Khan like this; you all are a gem.” One more follower said,  “how adorable!!!”