Popular
“Aditya Dhar, You’re The Biggest Blessing In Life,”...
Ajay Devgn And Varun Dhawan Praise Each Other...
Dhanush And Sekhar Kammula Collaborating For A Trilingual...
Exclusive Interview: Ravindra Parekh, a Writer, Poet and...
Tiger 3: Salmaan Khan to reunite with actress...
Tahira Kashyap States that she borrowed money from...
Kartik Aaryan Is Spooky In Freddy’s New Teaser
Mahesh Babu Pens A Heartfelt Note For His...
Ranbir and Alia disclose the name of their...
Anand L Rai on Akshay Kumar’s Raksha Bandhan’s...
Home Bollywood news Shah Rukh Khan plays a man on a mission in the John Abraham and Deepika Padukone-starring film Pathaan
Bollywood news 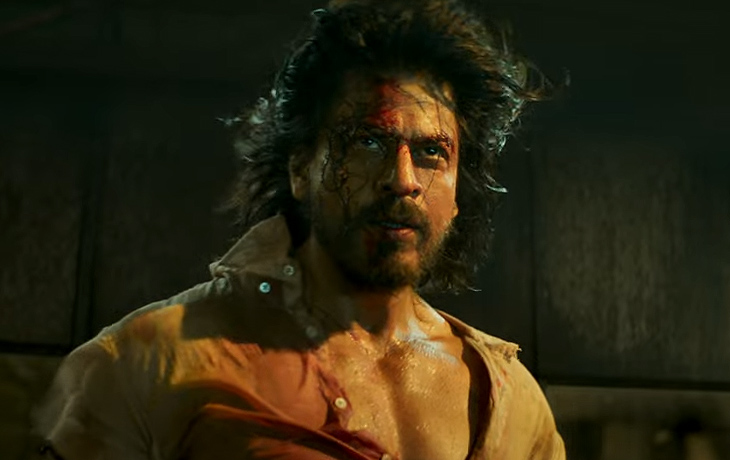 Shah Rukh Khan is scheduled to make his big-screen comeback next year with Pathaan, which also co-stars Deepika Padukone and John Abraham in the lead parts. It is one of King Khan’s most eagerly awaited films. On January 25, 2023, the film’s Hindi, Tamil, and Telugu versions are expected to be released. Pathaan, directed by Siddharth Anand, is an entertaining action movie. Fans have anticipated SRK’s comeback since the movie’s makers debuted the teaser promo in March this year.

The filmmakers have finally released the Pathaan teaser on Shah Rukh’s 57th birthday. SRK shared the teaser and said, “Apni kursi ki peti baandh lijiye…#PathaanTeaser OUT NOW!” Speaking of the teaser, Shah Rukh Khan appeared rugged with his long hair, and although much of his appearance hasn’t been fully unveiled yet, we can see hints of him. King Khan enters the video with a sprint, and the background music fits the scene perfectly. Deepika and John are in a previously unseen avatar with SRK. SRK fans are undoubtedly filled with joy after watching the teaser for Pathaan.

Fans were ecstatic about Pathaan’s comeback as soon as the teaser was released. One user commented, “KING for a reason.” Yet another user said, “Pathan will make a record.” At the same time, another user said, “King aagya. Mosam bigadne wala hai.” One more said, “This is gonna be a goat all over movies.”

In terms of his work life, Shah Rukh Khan, who has been a rather busy producer in recent years, last appeared in the 2018 movie Zero, which also starred Anushka Sharma and Katrina Kaif. Following Pathaan, the actor will appear in filmmaker Atlee’s newest film Jawan alongside Nayanthara and then with director Rajkumar Hirani on Taapsee Pannu’s Dunki for the first time. Next year is the expected release date for both movies.