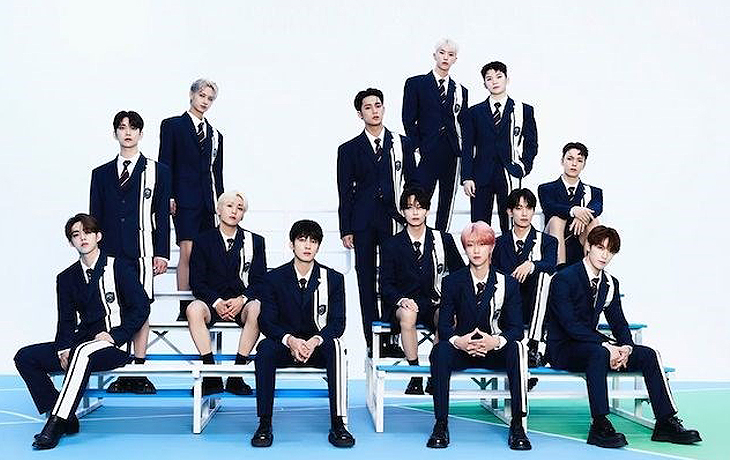 HYBE JAPAN will host ‘SEVENTEEN BE THE SUN THE CITY’ to celebrate K-pop stage-breakers SEVENTEEN’s first dome tour in Japan, turning Osaka, Tokyo and Nagoya into a ‘concert play park.’

Taking on the theme of the performance powerhouse’s ongoing world tour, ‘BE THE SUN,’ the citywide project will light up the three cities with immersive fan experiences built around the band’s crowd-pulling shows. SEVENTEEN will play at Kyocera Dome Osaka on November 19-20, at Tokyo Dome on November 26-27, and complete the Japan leg of the tour at Vantelin Dome Nagoya on December 3-4.

In Osaka, a digital stamp rally across 18 landmarks—including the HEP FIVE Ferris wheel covered in SEVENTEEN graphics—is set for roll out on November 12, and ‘rapid express trains wrapped in SEVENTEEN graphics will run through the city starting October 27. A highlight in Tokyo will be a SEVENTEEN-themed light display in collaboration with Tokyo Skytree. It will be lit in orange—the theme colour for their ongoing tour—and ‘Rose Quartz & Serenity’—the band’s official colour—every weekend from November 19 to December 4. A light display will also be a part of the excitement in Nagoya, brightening up Sakae, alongside a photo exhibition about the tour.

HYBE Corp.’s ‘THE CITY’ project, first launched for BTS’ 4-night residency in Las Vegas for ‘BTS PERMISSION TO DANCE ON STAGE – LAS VEGAS’ in April 2022, is being held across multiple cities for the first time with SEVENTEEN.

In June of this year, SEVENTEEN made their triumphant return to the concert stage with two sold-out performances in Seoul, the most incredible live audience in the city since the pandemic. The band is scheduled to perform 29 gigs in 21 cities for their “BE THE SUN” tour after 12 shows in North America and 7 shows in Southeast Asia, followed by the Japan leg and 2 more shows in Southeast Asia.