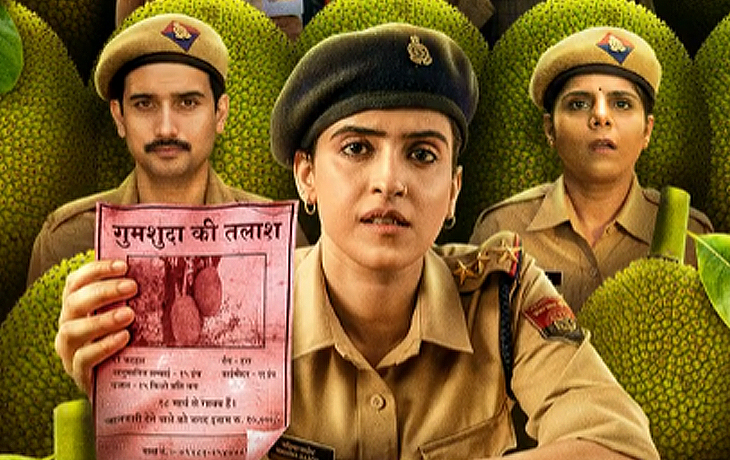 After Meenakshi Sundareshwar, Pagglait, and Ludo, actress Sanya Malhotra is back on Netflix with the oddball drama Kathal.

A local politician’s cherished jackfruits (Kathals) go stolen in this female-centric comedy, and rookie police officer Mahima, played by Sanya Malhotra, is determined to solve the mystery to establish her credentials.

In addition to Kathal, actress Sanya Malhotra is now filming Jawan, the Atlee-directed movie that will mark her first collaboration with Shah Rukh Khan.