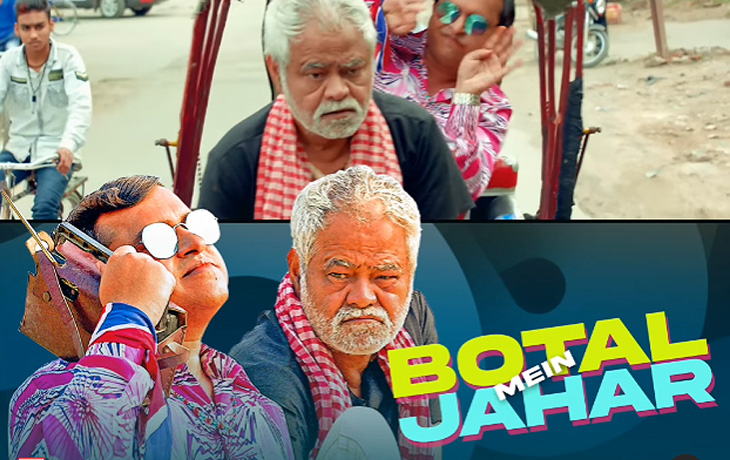 Veteran actor Sanjay Mishra is overjoyed that the first single from Woh 3 Din, Botal Mein Jahar, has amassed the most views in the first 24 hours since its release.

The first single, Botal Mein Jahar, was written by Pancham Singh and sung by Panchu Band, and it was composed by Raaj Aashoo. The upbeat regional dance song has 3.2 million hits and has become the most-watched song.

Rickshawala (Sanjay) seeks a rare opportunity to travel with an unrelated stranger for three days with his three grandchildren to support his family. Sanjay accompanies the stranger around town after being seduced by an alluring proposition, only to find himself in legal danger.

Actor Sanjay Mishra is also a part of Holy Cow, Jogira, Sara Ra Ra, Cirkus, Mumbaikar, KTina, and other films in addition to Who 3 Din.

As per Ayan Mukerji, “Brahmastra 2” might be out in December 2025

“Chup – Revenge Of The Artist Is A Tribute To Guru Dutt,” Says R Balki