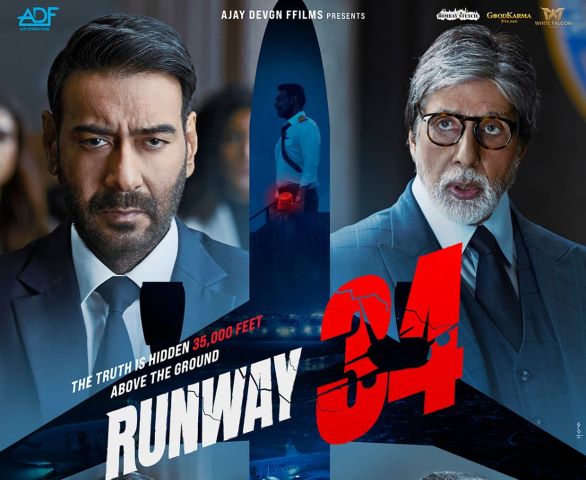 Salman Khan has shared the teaser of Ajay Devgn’s upcoming film Runway 34, and it promises to be a thrilling and bumpy ride. He also mentioned that the film would release on Eid this year on April 29. The film also stars Amitabh Bachchan, Rakul Preet Singh, Boman Irani and Carry Minati.

The teaser shows Ajay Devgn and his co-pilot in the cockpit Flying high above the sky in uncertain weather conditions like thunderstorms, and he says he had no prior info about the bad weather conditions. In another scene,  we will see Amitabh Bachchan with a background score in his voice, which defines Gravitational Force – the thing that goes up comes down with the same speed.

The film was initially titled MayDay, but now it has got a new title, Runway 34. It’s an emotional, high-octane thriller. The film is produced by Ajay Devgn films and Panorama Studio and marks Ajay’s third directorial, after U Me Aur Hum and Shivaay. Runway34 also features Ajay Nagar, a Youtuber popularly known as CarryMinati. He will make his acting debut with the film.

Alia Bhatt Unveils The First Look Of Her From Brahmastra