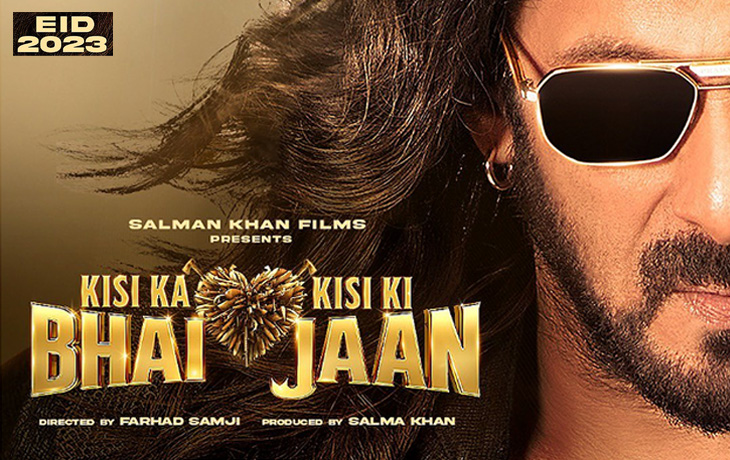 The upcoming movie Kisi Ka Bhai Kisi Ki Jaan, starring Bollywood superstar Salman Khan, is scheduled to hit theatres soon.  Salman was last seen in the film Radhe: Your Most Wanted Bhai, which premiered in 2021. His followers were unable to see him in theatres because of the pandemic. The makers decided to postpone the launch of the Farhad Samji-directed film Kisi Ka Bhai Kisi Ki Jaan till Eid 2023. The most recent information is that Salman has finished filming the movie.

India Today reports that the actor has finished filming and that movie is going as scheduled. It is expected to open in theatres on April 21, 2023. While on Wednesday, Salman was photographed outside the sets wearing only black. He was wearing a lungi and a black vest while shooting for a particular song. As Salman donned long hair for the movie, fans would view him in a completely different light.

In addition to Salman, the movie stars Shehnaaz Gill, Pooja Hegde, Siddharth Nigam, Raghav Juyal, Jassie Gill and Daggubati Venkatesh from the South. Shehnaaz’s major Bollywood debut will be marked by it. According to reports, Bhumika Chawla and Bhagyashree will both have significant roles in the movie.

Following Kisi Ka Bhai Kisi Ki Jaan, the actor Salman will appear in the eagerly anticipated film Tiger 3. His Tiger series has a devoted following, and everyone can’t wait to see the movie in theatres. He’ll be reuniting with Revathy and Katrina Kaif, and Emraan Hashmi will also have an essential part in the film. On Diwali in 2023, it will be released. Additionally, he is working on the sequels of Kick and No Entry.

First Look Out: The Vicky Kaushal-starring film Sam Bahadur will premiere in December 2023