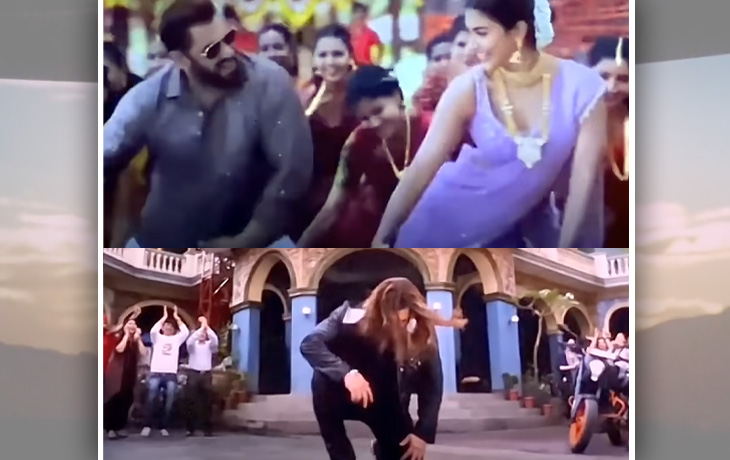 The teaser for Kisi Ka Bhai Kisi Ki Jaan with Salman Khan in a rough persona got leaked while aired during Pathaan, which hit theatres on January 25. The teaser was reported to be shown in theatres during the Shah Rukh Khan starrer. In the teaser, Salman Khan flaunts two distinct looks – one with long hair and a rugged outfit, and the other clean-shaven one, where he looks suave in formal clothes.

At the beginning of the over one minute and forty-second teaser, Salman Khan is seen riding a bike in the desert. Then, it appears that he breaks inside a moving Metro train and begins to fight villains within a crowded coach. After that, there are other fight scenes in which Salman jumps down buildings and beats the villains. Salman could be spotted romancing Pooja Hegde in lovely places in between. Despite being beaten into a bloody pulp by the end of the teaser, actor Salman looks dapper in a formal white shirt.

Kisi Ka Bhai Kisi Ki Jaan was in the buzz right from the start of production last year due to rumours about its title and cast. According to reports, it was initially called Kabhi Eid Kabhi Diwali and afterwards changed to Bhaijaan. The movie, directed by Farhad Samji, also has Pooja Hegde and Venkatesh in the leading roles, and actors such as Shehnaaz Gill are included. By year’s end, around Eid 2023, the movie is expected to be in theatres.