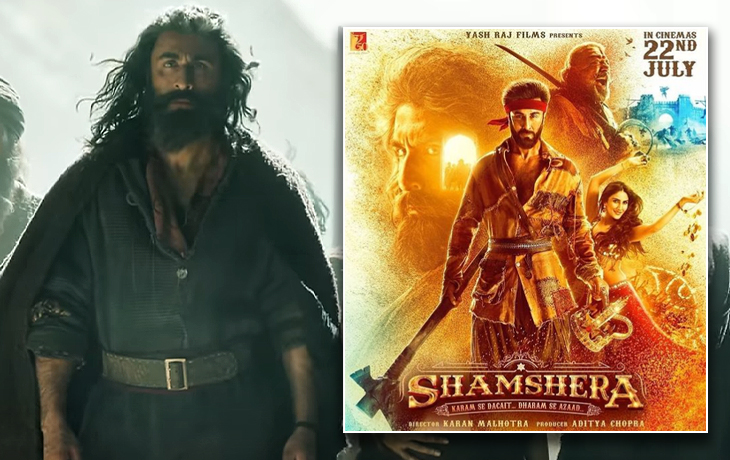 Shamshera, the upcoming film starring Ranbir Kapoor, has been keenly anticipated by fans since it was revealed. Since Ranbir will make his first appearance on the big screen in almost four years with this movie, the excitement is much greater. The film’s creators chose to up the excitement level now that the premiere is only a few days away by releasing the movie’s title track. The album’s lead single, Shamshera, will instantly get you moving.

The title track from Shamshera

The energetic video will lift your spirits, and Ranbir Kapoor’s fierceness in it will do the same. He looks great in every avatar, be it the one with the long hair and beard or the one with the short hair. The song is a homage to Shamshera and narrates the tale of his courage. Sukhwinder Singh and Abhishek Nailwal, two very well-known singers, perform this song. Mithoon wrote both the music and the words for the song.

Ranbir Kapoor recently disclosed in an interview that the VFX for Shamshera took almost 2.5 years to finish. Ranbir discussed how the development of technology and computer graphics had raised the field of cinema to greater levels. “I think YRF has given this film so much backing and made Shamshera a visual spectacle! While we were shooting, even I couldn’t imagine the scale that it would end up looking. When I see the final product, I am awestruck that I can’t wait for the audience to see it,” a quote from the actor.

Sanjay and Ranbir will also engage in on-screen combat, and fans can’t wait to see it. The release date for Shamshera is set for July 22, 2022. With Alia Bhatt, Amitabh Bachchan, Nagarjuna Akkineni, and Mouni Roy, the actor will be seen in Ayan Mukherji’s much anticipated Brahmastra. The fantasy drama will premiere this year on September 9.

The Drake team dismisses rumours that the musician was arrested in Sweden.

Lalit Modi and Sushmita Sen are dating? IPL founder shares cosy photos of a Maldives holiday with the actress.