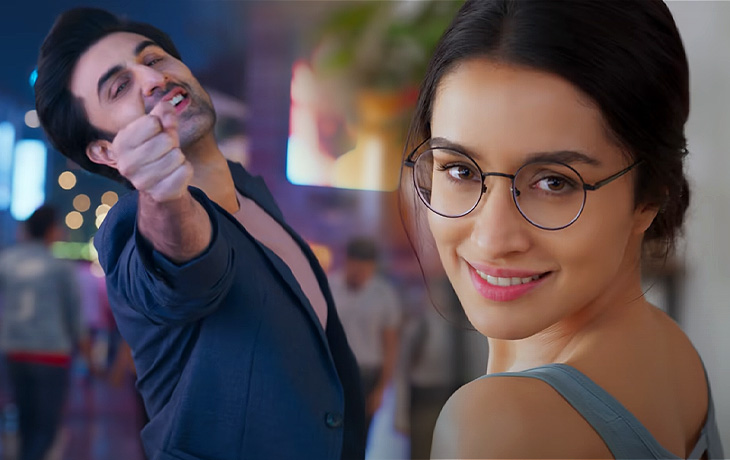 The long-awaited trailer for Tu Jhoothi Main Makkaar, starring Ranbir Kapoor and Shraddha Kapoor, is now out. This romantic comedy, directed by Luv Ranjan, is a vibrant fresh take on the genre and promises hot chemistry seen between the lead pair. The roles of Ranbir and Shraddha have to cope with many crazy circumstances that will try their patience because they quickly fall in love yet find it difficult to break up.

The lead character is introduced in the three-and-a-half-minute clip as they each discuss the new relationship wherein, “ajkal relationships mein ghusna asaan he, usme se nikalna mushkil. Rishta jorna asaan he, todna mushkil.”

Sharddha responds as Ranbir attempts to woo her by asking if she wants to fall in love or have fun, “Timepass bhi toh aise Kisi ke Saath nhi Kar Sakti na. Uske bhi layek koi milna chahiye.” As their relationship deepens and becomes severe, their families get involved. Despite their best efforts to pretend they did not initiate the breakup, they still get engaged.

Ranbir recently said that Tu Jhoothi Main Makkaar would be his final romantic comedy in a conversation as part of the Red Sea International Film Festival. When discussing his role in the movie, the actor commented, “I don’t know; it is probably going to be one of the last romantic comedies I do because I am getting older.” At this statement, the crowd cheered him and claimed that it was untrue because he was only getting younger. Throughout his career, 40-year-old Ranbir has appeared in many romantic comedies. Jagga Jasoos, released in 2017, was the last.

Shraddha last made an appearance in Varun Dhawan’s Bhediya. Brahmastra, directed by Ayan Mukerji, was Ranbir’s most recent film. The film he co-starred in alongside Alia Bhatt became a massive hit in 2022.

Luv Ranjan and Ankur Garg of Luv Films produced, and Bhushan Kumar and Gulshan Kumar of T-Series presented Tu Jhoothi Main Makkaar. The movie is scheduled to open in theatres on Holi, March 8 this year.