Popular
“Aditya Dhar, You’re The Biggest Blessing In Life,”...
Ajay Devgn And Varun Dhawan Praise Each Other...
Dhanush And Sekhar Kammula Collaborating For A Trilingual...
Exclusive Interview: Ravindra Parekh, a Writer, Poet and...
Tiger 3: Salmaan Khan to reunite with actress...
Tahira Kashyap States that she borrowed money from...
Kartik Aaryan Is Spooky In Freddy’s New Teaser
Mahesh Babu Pens A Heartfelt Note For His...
Ranbir and Alia disclose the name of their...
Anand L Rai on Akshay Kumar’s Raksha Bandhan’s...
Home South PS-1 And PS-2 Were Shot Simultaneously
South

PS-1 And PS-2 Were Shot Simultaneously 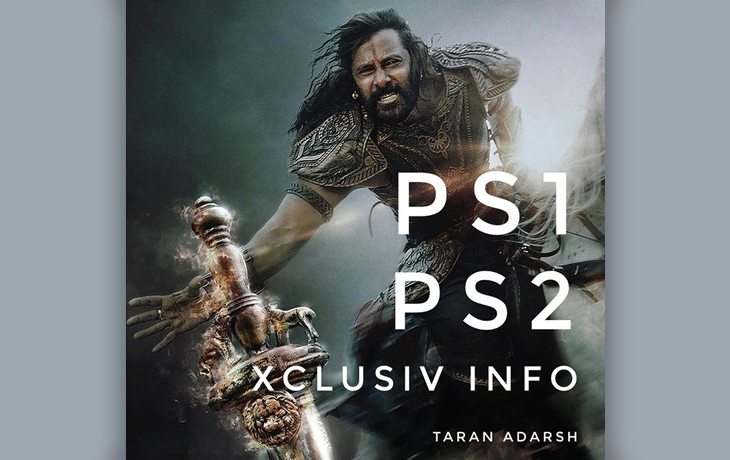 The makers of PS-1 are all set to begin the post-production work for the film’s second instalment, which was shot with the first part to keep the cumulative cost down.

The makers are all set to begin the film’s post-production work, which was shot simultaneously with ‘Ponniyin Selvan -1. The film will hit the theatres in the summer of 2023, and the final release date of the film is still awaited.

Taking to Twitter, Trade analyst Taran Adarsh shared a post about the development of the film’s second part, which he captioned, “‘PS1’ – ‘PS2’ INTERESTING DEVELOPMENT… #ManiRatnam’s #PS1 is a BOXOFFICE MONSTER, rewriting record books in #TN [the #Hindi version is also faring well]… Here’s some interesting info on #PS1 and #PS2, shared by producers #LycaProductions to this writer… BOTH PARTS ARE SHOT SIMULTANEOUSLY… #PS1 and #PS2 were shot simultaneously, unlike #Baahubali2 and #KGF2, which were shot much after the first parts were successful… This move [of shooting simultaneously] helped keep the cumulative costs of #PS1 and #PS2 in check.”

“‘PS2’ ARRIVES SUMMER 2023… #PS2 is targeting a Summer 2023 release… The exact date will probably be locked in the next couple of weeks,” he added.

PS-1 is a cinematic adaptation of author Kalki Krishnamurthy’s Tamil novel of the same name, which was released as a series during the 1950s. The big-budgeted film was released worldwide in Hindi, Tamil, Telugu, Kannada and Malayalam.