Popular
“Aditya Dhar, You’re The Biggest Blessing In Life,”...
Ajay Devgn And Varun Dhawan Praise Each Other...
Dhanush And Sekhar Kammula Collaborating For A Trilingual...
Exclusive Interview: Ravindra Parekh, a Writer, Poet and...
Tiger 3: Salmaan Khan to reunite with actress...
Tahira Kashyap States that she borrowed money from...
Kartik Aaryan Is Spooky In Freddy’s New Teaser
Mahesh Babu Pens A Heartfelt Note For His...
Ranbir and Alia disclose the name of their...
Anand L Rai on Akshay Kumar’s Raksha Bandhan’s...
Home Featured Priyanka Chopra returns to work for Citadel after posting a picture with the baby
Featured 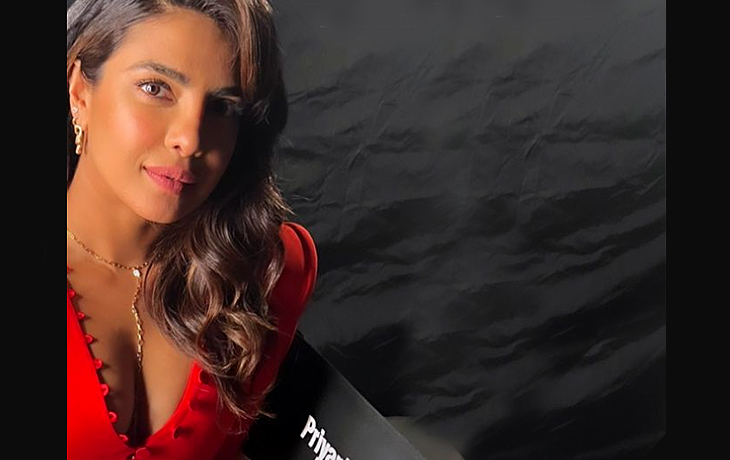 Priyanka took to Instagram to share a snapshot of herself in a lovely red gown with the comment “Back to work” and the hashtag for her upcoming show Citadel. The actress concluded filming for her Amazon series in December of last year, calling it the most demanding year of her career while also hinting that fans will be rewarded.

Priyanka was seen posing alongside her name card, which read her complete name with the Jonas surname, in a fresh photo she released

Sara Ali Khan transforms into Kashmir Ki Kali as she describes her walk through the valley.