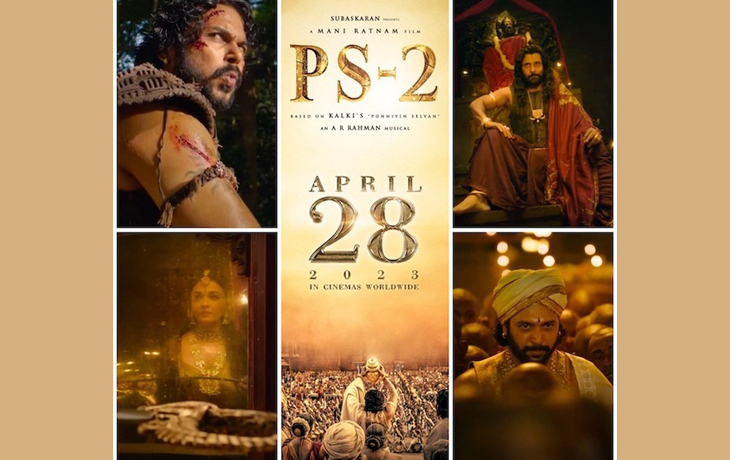 Ponniyin Selvan 2, directed by Mani Ratnam, will be released in theatres on April 28, 2023, following epic Part 1. The first teaser and poster are now available.

On September 30, 2022, PS1 was released in theatres worldwide in regular and IMAX formats. It was well received by critics, who applauded the direction, cast performances, musical score, visuals, and fidelity to the book. The film made 500 crores at the box office, shattering numerous records.