On the sets of Project K, Prabhas drives his luxury Lamborghini car. 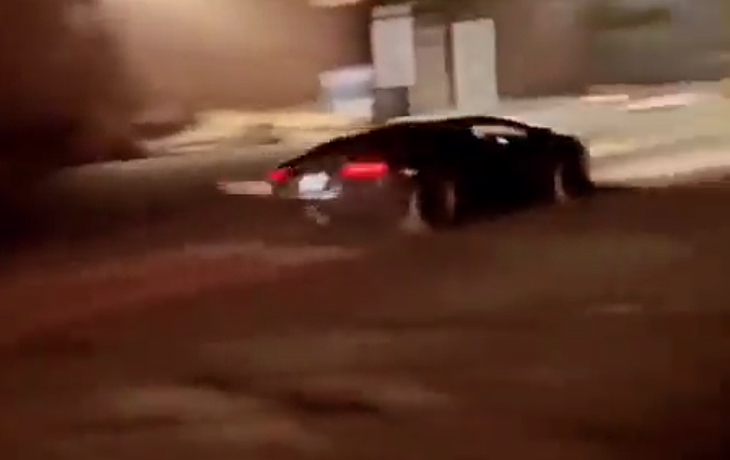 Prabhas is known as one of the popular actors in Indian cinema. Although he prefers to live a very low-key life, he has a soft spot for delicious food, a lavish home, and cars. He is one of the celebrities who seems to have just bought a Lamborghini for his expensive car collection. Yes, a clip of the star driving his Ferrari around Hyderabad’s streets has become popular.

On the set of his next movie Project K, directed by Naga Ashwin, footage of Prabhas driving his Lamborghini went viral. Though he’s not visible in the footage, Prabhas is reportedly driving his posh vehicle. The actor chose to take a relaxed drive home because it appeared to be midnight and the empty road.

Recently, Prabhas and Deepika began a new schedule at Ramoji Film City, Hyderabad, where they have essential scenes to shoot on a specially constructed set. They reportedly shot a thrilling car chase scene for the movie. A source described the scene to India Today and added, “Deepika Padukone and Prabhas recently shot a high-octane car chase sequence in the film. For the scene, the makers imported luxurious cars such as Ferrari and Lamborghini. This scene remains to be the major highlight of Project K.”

In Nag Ashwin’s Project K, Prabhas will appear opposite Amitabh Bachchan and Bollywood actress Deepika Padukone. Disha Patnani will play a significant role. The cinematographer is Dani Sanchez Lopez, while Mickey J. Meyer is the music composer. A pan-Indian film called Project K will be launched in Telugu, Tamil, Hindi, Kannada, and Malayalam.  Prabhas is now working on the films Adipurush with Om Raut, Saalar with Prashanth Neel, and Spirit with director Sandeep Reddy Vanga.