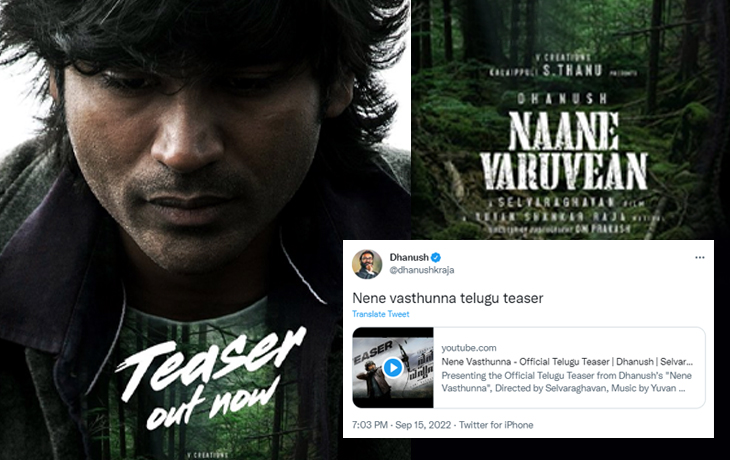 The much-awaited teaser for Dhanush’s upcoming thriller Nene Varuvean is finally out, and it has clocked 2 million plus hits within hours of its release.

Sharing the teaser of the thriller on his social media profile, Dhanush captioned his post, “Here we go !! Naane varuven Teaser”

Helmed by Selvaraghavan, the film features Dhanush in two different avatars, and they face off against each other.

The teaser begins with a rough-looking Dhanush strolling through a forest with a bow and arrow before menacingly pulling out a hunting knife as he appears to be drawing near his prey. The scene then transitions to a more hesitant-appearing Dhanush staring in awe at his twin.

Before the tone shifts to serious, the teaser shows snippets of both characters’ prior lives and touching interactions with their respective lovers and families. We see a glimpse of the first Dhanush murdering someone in the woods and menacingly dancing in a cabin. The two quickly come face to face, and an argument follows.

The movie is anticipated to have a theatrical release in September 2022.