Naga Chaitanya’s movie Custody will debut in May 2023 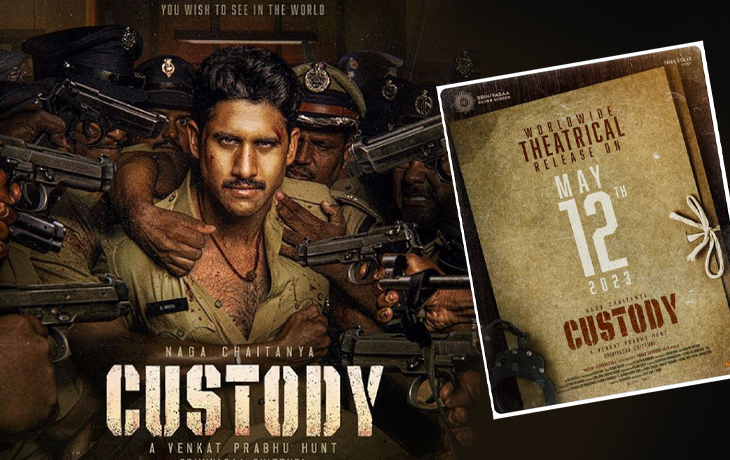 Custody is Naga Chaitanya’s upcoming project, which he is working on. The latest project is a bilingual movie under Venkat Prabhu’s direction. The film’s production has been moving quickly over the past few months. Custody is one of the most anticipated films, which promises to include Chaitanya in a never-before-seen role.

Director Venkat Prabhu used social media to release the first-look poster for his upcoming movie, Custody, on Naga Chaitanya’s birthday. In the film, the actor plays a police officer. Custody’s first-look poster is attractive since Chay appears terrifying and unstoppable.

He will be featured in the movie romancing Krithi Shetty. In the 2021 movie Bangarraju, Naga Chaitanya and Krithi Shetty earlier collaborated. The actor from Thank You will debut in the Telugu-Tamil drama Custody. In addition, the film will be the director’s first in Telugu.

This ambitious program is being presented by Pavan Kumar and funded by Srinivasaa Chitturi under the banner of Srinivasaa Silver Screen. Abburi Ravi wrote the script for NC22, and the film’s songs will be composed by the renowned father-son team of Isaignani Ilaiyaraaja and Yuvan Shankar Raja. It will be their first time working together as composers of music.

Siddharth claims that for 20 minutes at the airport, his parents were harassed