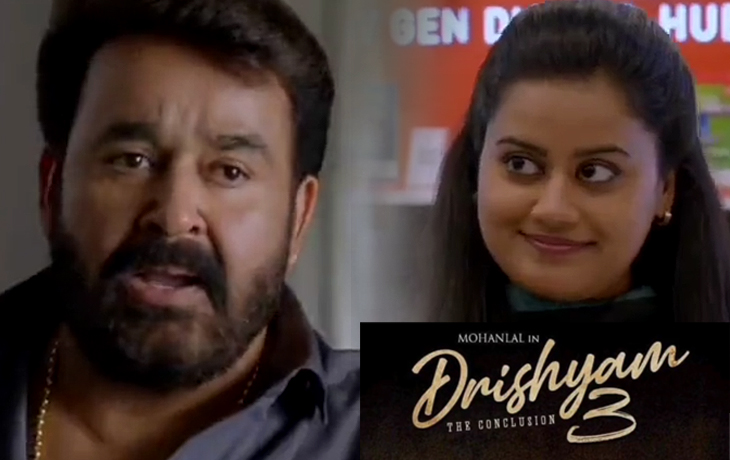 Through the Malayalam crime thriller Drishyam, superstar Mohanlal brought us to the world of George Kutty in 2013. He later continued the adventure in 2021 with Drishyam 2, and since then, movie fans have been eager to watch the third entry in the blockbuster franchise. Now, finally, their wait is over. Recently, South producer Antony Perumbavoor announced the sequel at an awards ceremony. The internet is currently circulating a video from the award event.

Manobala Vijayabala, a trade expert, also tweeted, “#Drishyam3 CONFIRMED by Producer Antony Perumbavoor in the Mazhavil Entertainment Awards. #Mohanlal.” After Varun Prabhakar, a teenage boy and the son of an Inspector-General of Police, went missing, Drishyam narrated the tale of George Kutty, a regular Joe, his wife, and their two children, who became the target of a police inquiry. The main character attempts to keep his family out of jail.

This box office hit was translated into Hindi, with Ajay Devgn, Tabu, and Shriya Saran playing the lead characters. Additional versions of this Malayalam movie have been produced in Kannada, Tamil, and Telugu. It is unknown who the remaining cast and crew members are. Still, in addition to Esther Anil, Ansiba Hassan, Mohanlal and Meena e also anticipated reprising their roles from the original drama.

Additionally, Mohanlal will star as the main character in the multilingual film Vrushabha. The film, helmed by Nanda Kishore, is being billed as a high-octane father-son drama. The project is also expected to address the two dominant emotions in the world—love and revenge.